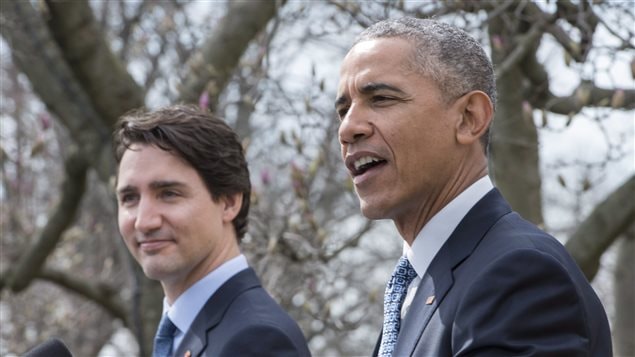 Canada and the U.S. joint promise to cut methane emissions by 40-45 per cent by 2025 is winning praise from environmentalists for the effect it will have in fighting climate change. The leaders made the announcement on March 10, 2016 while Trudeau was on a state visit to Washington.

“Methane is a very potent greenhouse gas that contributes to climate change. There’s a significant amount of it in the upstream oil and gas industry in North America and everywhere else,” says Chris Severson-Baker, Alberta director of the Pembina Institute. He calls the promised cut “a really significant step forward to deal with climate change.”

Canada’s previous government promised for years to pass regulations to reduce emission from the oil and gas sector, but it never delivered. Subsequently there was an election and a change in government at the provincial level in the province of Alberta, where most of the industry is situated. It proposed the same kind of cut in November to reduce methane emissions which are considered to be 25 times worse than carbon dioxide as a greenhouse gas.

Canada no longer a ‘laggard’

In October 2015, Canadians voted to change their federal government and the Liberals were voted in on a platform that included a promise to act on climate change. Severson-Baker says the announcement on methane suggests it will deliver the goods.

“Very quickly Canada has gone from being a laggard on climate change to actually starting to contribute positively to international progress on climate.”