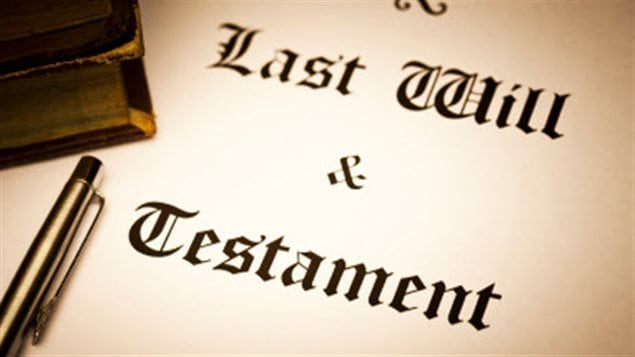 A lot of people don’t have wills and that could cause a lot of trouble for survivors. Britixh Columbia has declared this *make a will week*.

You won’t live forever. Make a will

Sad but true, and almost half the population doesn’t have a will to determine how to divide up their assets and who gets what.

In west coast British Columbia, the government has declared April 11-16 as “Make a Will Week”

According to the provincial government website some 45 percent of residents do not have an up-to-date will, and that number jumps to 80 percent for those aged 18-34

“Everybody should have a will,” said Justice Minister Suzanne Anton quoted by the Canadian Press.  “Even if you don’t think you have very much, it’s better for you to say where you’d like it to go rather than leaving it to others should you meet an untimely death”.

Without a will, disputes can easily occur among survivors and any legal costs are charged to the estate.

A carefully planned estate can eliminate or at least reduce stress, taxes and conflict amongst loved ones of the deceased,” says Laurie Salvador, a Notary in Sidney. “Without a will there can be doubt, anxiety, stress, hurt feelings, and delays in administering the estate. There is even uncertainly about what the final funeral arrangements should be and who should pay for them. The kindest thing you can do for your loved ones is to leave your affairs in good order.”