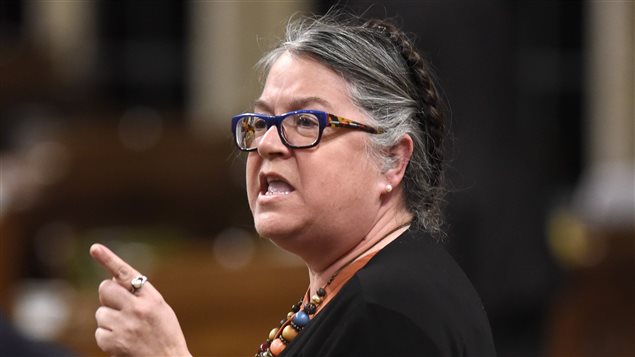 Minister of National Revenue Diane Lebouthillier rises during Question Period in the House of Commons in Ottawa on Monday, May 9, 2016.
Photo Credit: PC / Justin Tang

Ottawa to get tough with Panama Papers tax cheats

Canadian authorities have launched investigations into dozens of Canadian taxpayers named in a huge trove of leaked financial data of shady offshore transactions known as the Panama Papers.

Revenue Minister Diane Lebouthillier confirmed Monday following question period in the House of Commons that the Canada Revenue Agency (CRA) obtained the full Panama Papers last week and intends to use the documents to launch audits and go after possible tax cheats.

Names and details from the Panama Papers — including the identities of at least 625 Canadians — were made public Monday by the International Consortium of Investigative Journalists, in its second major release of information from the database.

The consortium obtained the database of Panamanian law firm Mossack Fonseca from a German newspaper, sharing the results with select media organizations around the world. CBC and the Toronto Star newspaper, which are part of the consortium, have exclusive access to the files in Canada.

Federal officials refused to disclose how they got access to the Panama Papers, stating the CRA “obtained tens of thousands of records from multiple sources and is working with treaty partners to analyse the data and to develop future compliance action.”

The list of Canadians implicated in the Panama Papers includes a former lawyer whose business handled 1,167 offshore companies. There is also a man who lied his way through a top job at the Alberta legislature and a dizzying stint as an offshore financial guru before landing in prison for fraud. The papers also name a Toronto company that claims it doesn’t do the offshore bidding of any Canadians, but set up a Caribbean company for a Montrealer now charged in a $290-million US stock swindle.

Twelve current and former world leaders, as well as 128 other politicians and public figures, have also been implicated in shady offshore transactions in the first release of information from the Panama Papers last month.

Sigmundur David Gunnlaugsson had to step down as prime minister of Iceland after he was named in the first batch of 28,000 documents. Close associates of Russian President Vladimir Putin were also included in the April document. Other leaders implicated in the leaked documents include Argentine President Mauricio Macri, Pakistani Prime Minister Nawaz Sharif, Ukrainian President Petro Poroshenko and the family of Azerbaijani President Ilham Aliyev.