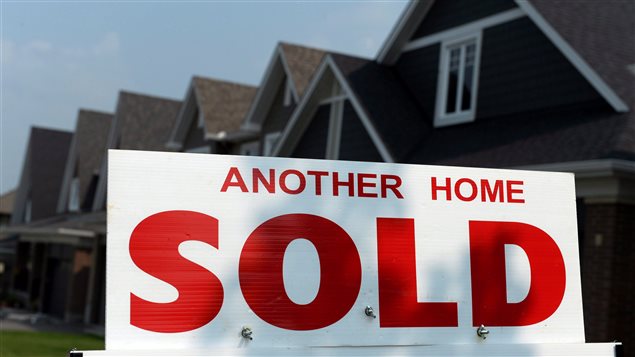 The number of homes sold in Canada last month hit a record as supply tightened, particularly in the Toronto area, where a fiercely competitive market is dissuading some homeowners from putting their properties up for sale, the Canadian Real Estate Association said Monday.
Photo Credit: PC / Sean Kilpatrick

Sales were up in April compared to the previous month in about 70 percent of all local markets, led by the Ottawa region and Edmonton. Following small declines the previous month, activity held steady in the Greater Toronto Area (GTA) and edged lower in Greater Vancouver, said the report.

“With almost three-quarters of all local markets posting sales gains in April, there are plenty of other places where sales are climbing as we head into the busiest time of the year for homebuyers,” said CREA president Cliff Iverson.

The continued rise in housing prices not only puts home ownership beyond the reach of many young families but also worries economists, who fear Canada’s housing bubble is about to burst.

Greater Vancouver and the Fraser Valley in British Columbia posted the largest gains (+25.3 and +25.6 per cent respectively), followed by Greater Toronto (+12.6 per cent), Victoria (+12 per cent) and Vancouver Island (+8.2 per cent).

“Supply shortages and tight housing market conditions have become self-reinforcing in the GTA,” said Gregory Klump, CREA’s Chief Economist. “The Greater Vancouver Area appears to be heading in that direction too.” 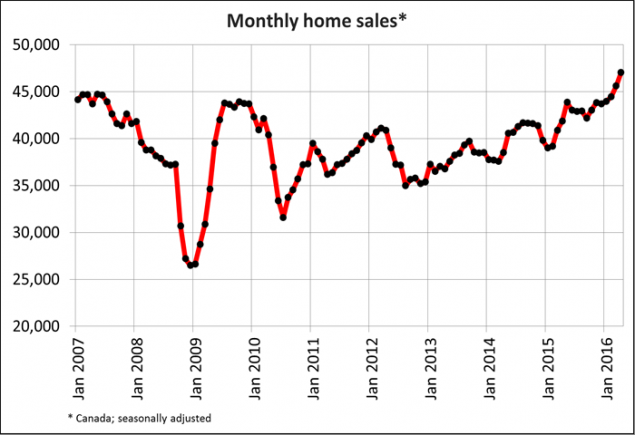 While significant home price gains may entice some homeowners in these markets to list their home for sale, the issue for many is that the decision to move means they would also be looking to buy while competition for scarce listings is fierce, Klump said.

“As a result, many homeowners are deciding to stay put and continue accumulating capital gains,” Klump said. “That’s keeping listings off the markets at a time when they are already in short supply.”

By contrast, home prices fell by 3.5 per cent and 2.4 per cent in Calgary and Saskatoon respectively, two cities whose economies have been hit hard by the steep decline in the oil industry.

If these two housing markets are excluded from calculations, the average is a more modest $369,222 and the year-over-year gain is reduced to 8.7 per cent, said the report.

“It’s business as usual in Canada’s housing market, with extreme strength in Toronto and Vancouver, corrections playing out in the oil-exposed markets, while most others fall somewhere in between. With supply in the two hot markets extremely tight, and policymakers barely testing the water, prices are likely to push even higher through the rest of this year.”