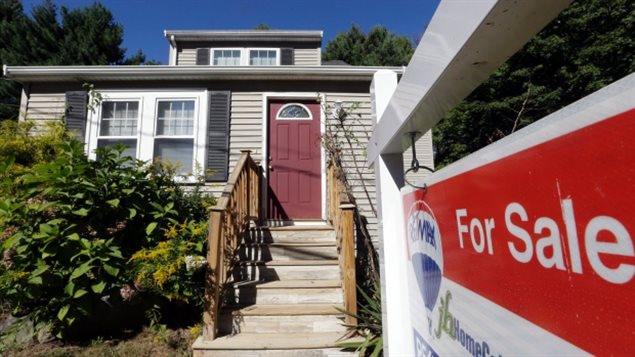 Housing markets hot, but talk of a bubble getting louder

Housing markets in Toronto and Vancouver are blistering hot. Vancouver sets records almost weekly with stories and photos of astronomical prices paid for shacks. Meanwhile Toronto is currently one of the hottest luxury real estate markets in the world.

March 2016 was a record-selling month across Canada, but the figures are skewed by the activity in Vancouver and Victoria in British Columbia on the west coast, and in the Greater Toronto area to the east.

According to Hilliard MacBeth, however, this frenzy of buying is not going to last. MacBeth is an author and portfolio manager who advises a small group of Canadians His most recent book, “When the Bubble Bursts” forcasts some tough times ahead, and cautions people not to be taken in by the panic to get into the market now.

MacBeth warned people about the dot.com crash in the late 1990’s .In his 1999 book, ‘Investment Traps and How to Avoid Them’  he advised against buying high in a bubble. In March of 2015 when his latest book came out, it didn’t seem possible the heady days of real estate would come to an end. But in his hometown of Edmonton, Alberta, and down the highway in Calgary, very quickly, the effect of the drop in the price of oil was becoming evidentt with thousands of people losing their jobs and hefty mortgages still to be paid.

“The original premise of the bubble is the fact that housing prices have gone up two-and-a-half to three times, pretty much all across Canada, the outrageous levels of Vancouver are a little bit more stretched, but really not that much different from Regina, Saskatchewan, for example, in terms of the pace of growth in the house prices, but wages have not!”

MacBeth explains, “because housing is bought out of wages and salaries there’s a point which is reached eventually where the household budget just can’t stretch anymore and we’re at that point in Alberta and Saskatchewan, and we will be at that point across Canada very soon.”

Hilliard MacBeth warns, that this real estate bubble will be much more painful. “There is so much debt involved that there are going to be some very, very difficult circumstances for families, including personal bankruptcy and that sort of thing.” He says the scale of trouble is very different this time.

He cautions boomers particularly, those with homes that are paid-off, not to be using them as ATM machines. He says we witnessed what happened in the United States where people were re-financing and got caught in the crash.

“One of the things that the boomers are doing, which is very worrisome, is they’re going deeper into debt, faster than any other age group in Canada.” In a recent conversation with a personal bankruptcy expert he was told “It’s the fastest increase in the number of bankruptcies and consumer proposals, of any age group, from about 50 to 65 and older.”

When it comes to household debt, private sector debt, Canada is among the countries with the highest rates. MacBeth wonders at all the concern about government debt, but few people are focusing on the danger of personal debt. It is mentioned as a factor in Bank of Canada announcements, but the prevailing wisdom seems to be that Canadians will deal with it eventually.

“The interesting thing about bubbles and booms is when you’re in the middle of them you can never see that they are bubbles, it always feels like it’s normal.” sys MacBeth.