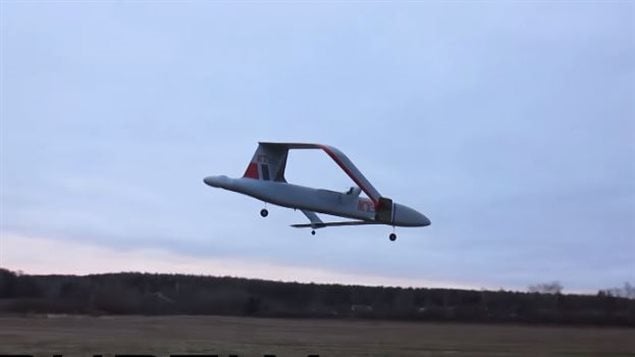 Russia has unveiled a scale model of a multipurpose drone it plans to deploy in support of its civilian and military operations in the Arctic.

The Frigate, designed to be used for surveillance, search and rescue operations and cargo transportation purposes, is expected to become part of Russian air force units stationed in the Arctic.

The footage released last week shows a scaled-down model of the drone in action during tests of the aerial vehicle in spring and winter.

The drone, designed by the St. Petersburg-based Kronshtadt Group, is powered by two tilt-rotors on its folding wings as well as a stationary rotor at the back.

The design of the drone allows it to combine vertical takeoff and landing capabilities of a helicopter with the speed and reach of an airplane.

Once completed, the massive drone will have a practical range of 5,000 km and could reach speeds of up to 700km/hr. At 3.1 meters tall, it will have a 19 meter wingspan that with folded consoles can be reduced to 10 meters.