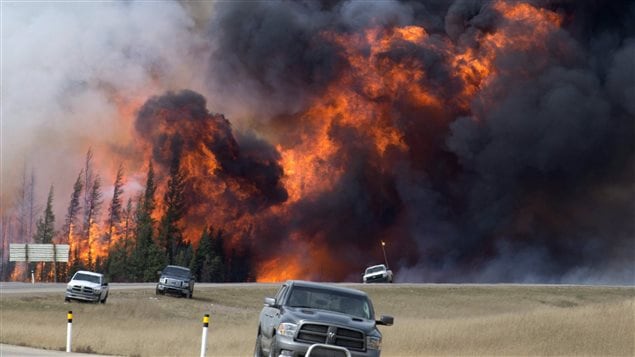 The vicious wildfire that forced over 80,000 people to flee the city of Fort McMurray, Alberta three weeks ago continues to burn out of control though it is moving away from populated areas.

Officials say cooler weather will permit 1,000 more firefighters from across Canada, the U.S and South Africa to join the 1,200 firefighters already on the job.

As the reinforcements arrive, preparations continue for the phased return of residents to Fort McMurray, tentatively set for June 1

Officials say restoration of the city’s hospital began last weekend and electricity service has been restored to more than 90 per cent of the city.

Natural gas has been restored to 99 per cent of homes with the exception of the hardest hit neighbourhoods of Abasand, Waterways and Beacon Hill.

Alberta Municipal Affairs Minister Danielle Larivee says work camps that were evacuated are being inspected for possible reopening, and oilsands companies are looking at when they can resume operations.

An estimated one million barrels a day have been lost because of the fire.