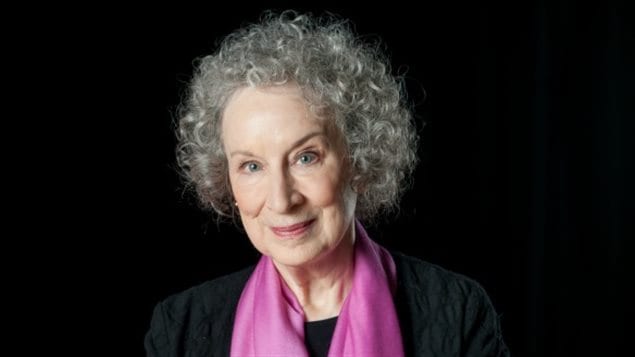 Margaret Atwood will tour the UK in the fall to promote her latest book, Hag-Seed, a re-telling of Shakespeare's 'The Tempest.'
Photo Credit: cbc.ca

Margaret Atwood, the Canadian novelist and poet read throughout the world, was awarded the 2016 PEN Pinter Prize in London on Thursday.

The 76-year Atwood, whose whose novels include “The Handmaid’s Tale,” which won the 1987 Arthur C. Clarke Award and “The Blind Assassin,” winner of the 2000 Man Booker Prize, was honoured for her political and environmental activism.

Saying she was humbled by the award, Atwood described herself as “a stand-in for thousands of people around the world who speak and act against (human rights) abuses.”

The prize was established in 2009 in memory of Nobel Prize-winning playwright Harold Pinter.

It goes jointly to a British, Irish or Commonwealth writer seen as sharing Pinter’s “unflinching, unswerving” social gaze and to an international writer who has faced persecution.

In consultation with English PEN, Atwood will now help choose a co-winner of the prize, the 2016 International Writer of Courage.

The winner will be announced in October and goes to an international writer “who is active in defence of freedom or expression, often at great risk to their own safety and liberty.”

English PEN is the founding centre of a worldwide writers’ association that defends freedom of speech around the world.

PEN International has 145 centres in more than 100 countries, including two in Canada.