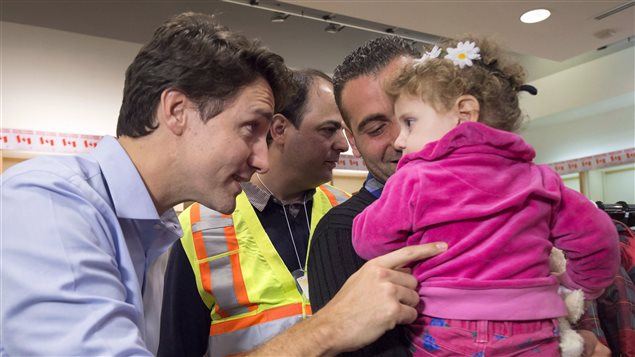 Refugee Day: Canada did well but can improve, says analyst

Canada is proud to have welcomed 27,580 Syrian refugees between November 4, 2015 and February 29, 2016 but one analyst says this is no time for it to rest on its laurels. The United Nations has released staggering figures on this, World Refugee Day. It says 65.3 million people around the world have been forced from their homes and the factors that endanger them are increasing.

“The target that Prime Minister Trudeau set out for Syrian refugees was ambitious and it took the collective compassion, generosity and civic engagement of millions of Canadians to achieve it,” says Sean Speer, a fellow at the University of Toronto’s School of Public Policy.

“But we need to take stock of what we’ve accomplished, learn lessons from the experience and use those lessons to develop a smarter, more coherent, systematic refugee policy because…sadly the global crisis isn’t abating, quite the contrary.”

Speer says the urgent and dramatic shift of resources toward resettling Syrian refugees came at the expense of refugees from other places.

To improve refugee policy, Speer says the government should work from the bottom up, consulting communities, groups, churches, mosques and other stakeholders.

He suggests the government provide better support to groups and individuals who privately sponsor refugees, since those asylum-seekers tend to have better success.

Beyond that Speer says Canada must provide more support to the countries hosting huge numbers of refugees. This would include countries like Lebanon, Egypt, Turkey and Jordan which could benefit from Canadian financial, humanitarian and professional capacities.

‘Get to the hard work’

“We ought to take part of the day to celebrate our inclusiveness, our compassion, our engagement,” says Speer. “And then we need to get to the hard work of making sure that Canada continues to be a positive contributor as this crisis continues.”