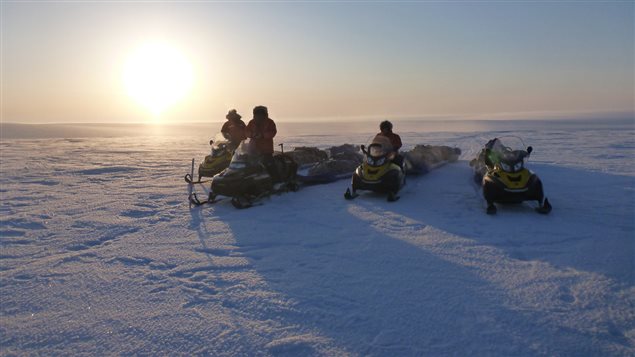 Scientists in Arctic Alaska are studying the permafrost changes under shallow Arctic lakes and what they found was surprising.
Photo Credit: Courtesy Chris Arp

What shallow lakes are telling us about the changing Arctic climate

Permafrost changes are among the most alarming consequences of warming Arctic temperatures.

All across the Arctic, the shifts in how permafrost behaves is affecting everything from infrastructure to ground moisture.

But  research recently published in the journal Geophysical Research Letters  suggests there are also changes to the permafrost we can’t see, namely in shallow lakes that have been warming in places like Arctic Alaska over the last 30 years.

The research was done on the Arctic coastal plain in northern Alaska where approximately 20 to 30 per cent of the land is covered by lakes.

The group took measurements both in the winter and the summer using sensors to measure temperature both at the bottom and at the surface of the lakes, as well as ice thickness.

“There’s been a lot of monitoring of terrestrial permafrost, so even through it’s warming rapidly we don’t expect to see a thaw near the surface  of that permafrost for 50 to 100 years,” Arp said. “Whereas this permafrost below these shallow lakes is warming up and thawing right now.” 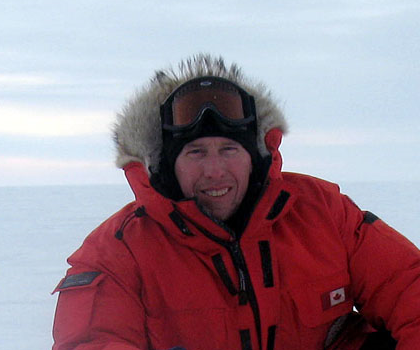 “With sea ice decline, we’re seeing more precipitation and if that comes as rain or snow that can have an impact on these (shallow) lakes,” says researcher Chris Arp. (Courtesy Chris Arp)

The network of lakes across northern Alaska play a key role in everything from habitat to how the landscape functions. That means warming temperatures will have a series of both positive and negative effects for the nature and people of the North, Arp said.

Warming lakes mean less ice so more habitat for overwintering fish, he says.  The increase in availability of liquid water could also make it easier to build ice roads, something the petroleum industry relies on in Arctic Alaska.

But the continued warming of the North will also mean the release of more greenhouse gases as the permafrost thaws along with the erosion of lakes. 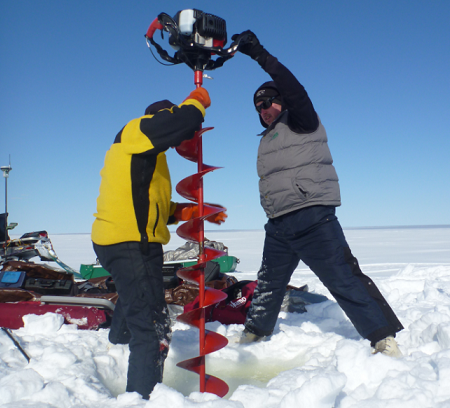 Measurements were taken both at the top and bottom of shallow Arctic lakes, many measuring only around one metre deep. (Courtesy Chris Arp)

Arp says the next steps will be to examine how sea ice is affecting permafrost and lakes in the Arctic.

“With sea ice decline, we’re seeing more precipitation and if that comes as rain or snow that can have an impact on these lakes,” Arp said. “If we get a lot more snowfall in the early part of the winter, that really insulates the ice and it grows a lot thinner.

“It’s hard to know exactly what’s going to happen with sea ice but everything points to really rapidly declining extents and a lot more open water in the fall and early winter so it’s going to be interesting to see how terrestrial ecosystems and lakes respond to that.”