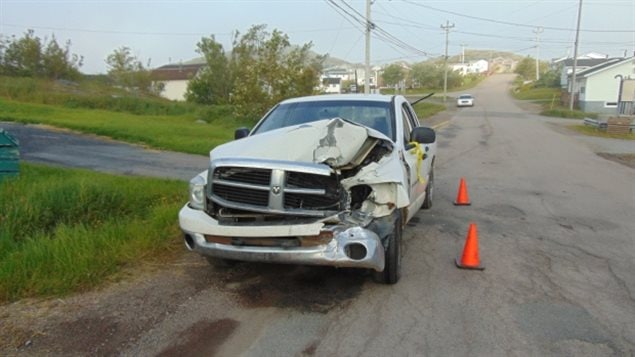 Once there is an accident, Canadian police can test the driver for possible alcohol consumption. But where there is no reason to suspect, police cannot make a random check.
Photo Credit: Royal Canadian Mounted Police

Among 19 rich countries, Canada has the highest percentage of road deaths caused by alcohol impairment, according to the U.S. Centers for Disease Control. Overall, road fatalities are down in Canada, but 34 per cent of them are related to drinking. That makes it the biggest cause of criminal deaths, says Andrew Murie, CEO of Mothers Against Drunk Driving or MADD Canada.

Study ‘a way of making Canada wake up’

“It’s not a surprise. We’ve known that North America—Canada and the U.S.—have always lagged greatly behind the EU countries and Australia (in cracking down on drunk driving),” he says. “The study did a brilliant way of making Canada wake up and I think a lot of action is required.”

Murie thinks mandatory screening at roadsides would go a long way in preventing alcohol-related road deaths. As it now stands, Canadian police officers must have grounds to suspect someone is driving drunk before stopping and testing them. Parliament is now considering legislation that would allow police to set up roadside stops and conduct random, obligatory screening.

“It works as a great deterrent,” says Murie. “Because if people know that when go through one of these check points they’re going to be screened, then they are less likely to drink and drive.”

If the Canadian government passes a law allowing mandatory screenings, it could be challenged in court because Canadians have a constitutional guarantee against unreasonable search and seizure (section 8, Canadian Charter of Rights and Freedoms). The government would have to prove that current strategies to prevent alcohol-related road deaths are not working.

Murie thinks that would stand up in court.

In addition to mandatory screening, Murie says provincial governments could order that vehicles be impounded if drivers are suspected of drinking and driving. The provinces of British Columbia and Alberta already impound vehicles in such cases for three days and Murie says that has resulted in a dramatic drop in road accident deaths.

Murie calls such action “absolutely essential” to reducing what he calls a needless cause of death. If both strategies were adopted he estimates 300 fewer Canadians would die every year.