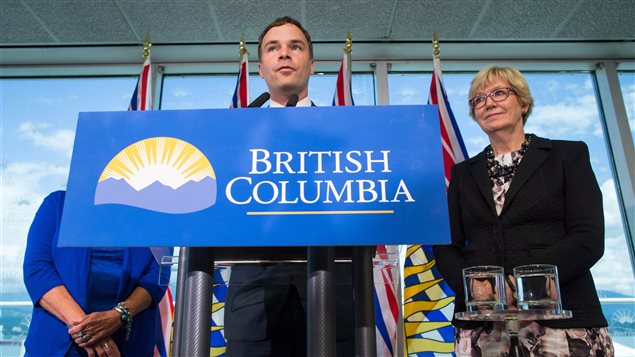 British Columbia will amend human-rights legislation to protect transgender people, joining seven other provinces and one territory that have already changed their regulations.

The announcement was made Wednesday in Vancouver by B.C. Minister of Justice Suzanne Anton.

She was accompanied by NDP MLA Spencer Chandra Herbert, who has been seeking the legislation for five years.

“I wish it had passed years ago, but I’ll take the victory where I can get it. It’s the right thing to do,” he said.

The changes mean, for example, that an employer may not fire and a landlord may not refuse tenancy to someone for being transgender.

The provincial government has long insisted that transgender legislation was not necessary because the province’s Human Rights Code already ensured equality.

The announcement comes less than two weeks before the 38th Vancouver Pride Parade, which Prime Minister Justin Trudeau is scheduled to attend.

The governing provincial Liberals were banned from participating in last year’s parade when they refused to sign a pledge affirming their support for federal and provincial legislation that protects transgender people from discrimination.

Anton said she plans to attend this year’s parade, but Premier Christy Clark will not be in Vancouver.

Instead, Clark is expected to attend the pride parade in the city of Kelowna.

When the legislation is passed, only New Brunswick, Quebec, Nunavut and Yukon will lack legislation specifically protecting transgender people.