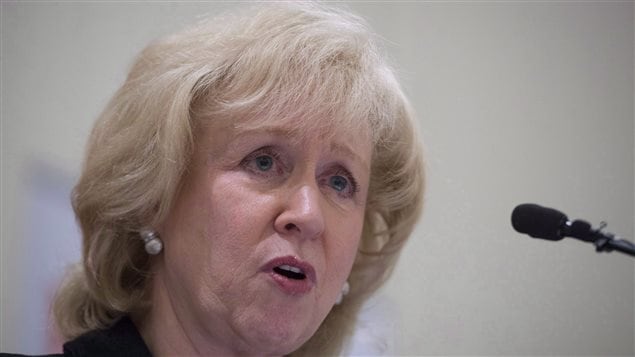 Kim Campbell (seen in 2015) will head a non-partisan seven-member panel that will play a key role in a new process for appointing Supreme Court of Canada justices.
Photo Credit: CP Photo / Jonathan Hayward

Former prime minister Kim Campbell will chair a seven-member board that will serve as a key part in a new process for recommending justices to the Supreme Court of Canada.

Prime Minister Justin Trudeau, who says the new process will add transparency to the selection of justices, made the announcement on Tuesday.

He said applications will now be open to any qualified Canadian lawyer who is functionally bilingual and “representative of the diversity of our great country.”

Under the new plan, the new, non-partisan board headed by Campbell will review applicants and submit a non-binding short list of three to five individuals. .

They include the chief justice of Canada, provincial and territorial attorneys general, relevant cabinet ministers, opposition justice critics and some House of Commons committees.

A number of MPs and senators from different parties have then have the opportunity to question the eventual nominee before he or she is officially appointed.

Four of the seven-member board to be chaired by Campbell will be designated by the Canadian Judicial Council, the Canadian Bar Association, the Federation of Law Societies and the Council of Canadian Law Deans.

She was the first–and to date–the only female prime minister of Canada.

With CP and CBC files.