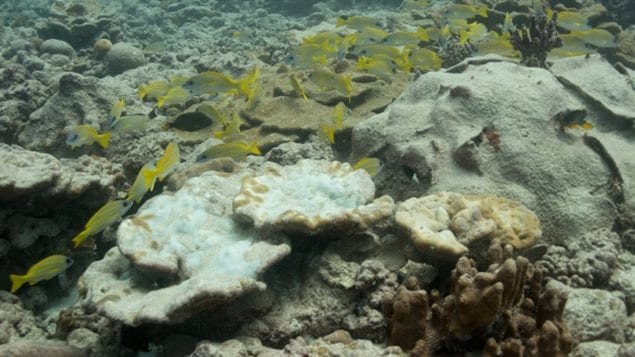 Coral near Christmas Island in the Indian Ocean is bleaching and dying. As corals the world over struggle, Canada plans to protect areas off its eastern shores.
Photo Credit: Danielle Claar/University of Victoria

Canada’s Fisheries Department plans to protect corals deep in the ocean off the coast of the eastern province of Nova Scotia. This comes at a time when corals around the world are bleaching and dying.

Two canyons measuring 9,000 square kilometres will be closed to fishermen who use gear that is dragged or set on the ocean floor. The closure will also apply to a 49-square-kilometre area called the Jordan Basin west of Yarmouth.

This means fishermen will not be able to use otter trawls, lobster or crab traps, anchored gill nets or long lines. Officials say few fishers will be affected and the economic impact will be minimal.