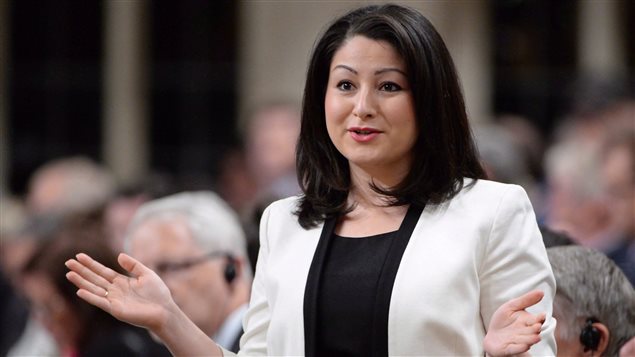 Democratic Institutions Minister Maryam Monsef, seen here in the House of Commons, could be stripped of her citizenship without a hearing under current Canadian law.
Photo Credit: Adrian Wyld/Canadian Press/file June 14, 2016

People whose citizenship is revoked deserve a hearing, advocates argue

Canada may stop stripping citizenship from people who misrepresented themselves on citizenship, permanent residency or refugee applications, reports the Globe and Mail newspaper. The issue commanded attention when news broke that Member of Parliament and Minister of Democratic Institutions Maryam Monsef was not born in Afghanistan as was stated on her refugee claim many years ago. Monsef said she did not know she was actually born in Iran.

Canada’s previous Conservative government passed a citizenship revocation law that allows officials to withdraw citizenship without a hearing.  The British Columbia Civil Liberties Association and the Canadian Association of Refugee Lawyers went to court to argue that such a practice violates the Canadian Charter of Rights and Freedoms. This is one of many changes the lawyers are seeking to Canada’s immigration system.

A stay of proceedings possible

On this particular issue, the two groups argue that even people with simple parking tickets get a court hearing to defend themselves, and those facing a loss of citizenship should get the same.

Now the immigration minister has told the Globe and Mail the government is considering a “number of options” to revoke the rule. It could possibly issue a stay of proceedings.