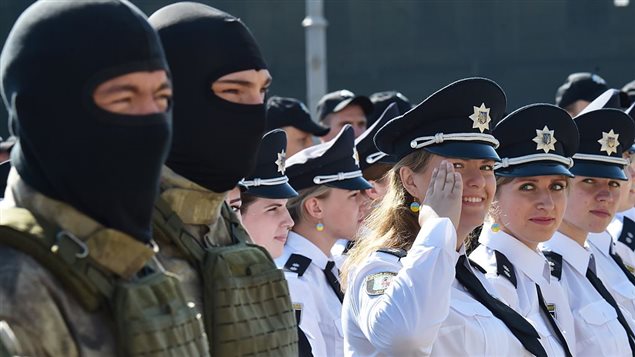 Canada will provide the government of Ukraine with up to $8.1 million in new funding to support the country’s new police force, Foreign Affairs Minister Stephane Dion announced over the weekend.

The money will come from Ottawa’s $454-million Peace and Stabilization Operations Program (PSOPs) unveiled by the Liberal government of Prime Minister Justin Trudeau in August.

“We are working closely with the National Police of Ukraine to transform Ukraine’s police service into an effective, accountable and community-focused institution that embodies public trust,” Dion said in a statement. “Today’s announcement demonstrates our unwavering commitment to Ukraine and our encouragement of its efforts to counter corruption and secure sustainable reform.”

Money for training and equipment 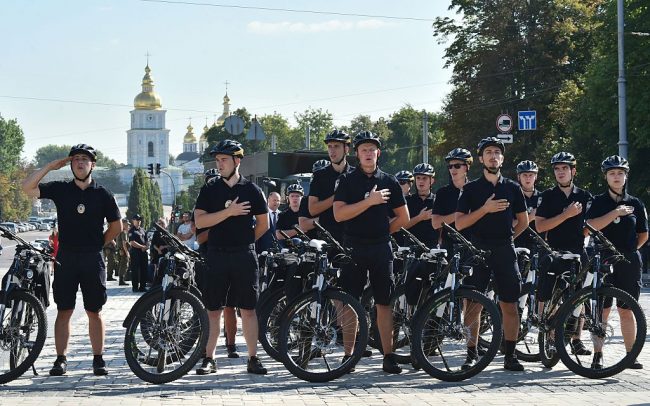 Police officers sing as they celebrate the first Ukrainian national police day in the center of Kiev on August 4, 2016. SERGEI SUPINSKY/AFP/Getty Images

The new funding, which comes on top of $5 million Canada has already committed to help reform the patrol police in Ukraine, includes up to $6.6 million over three years in support of a police training project and up to $1.5 million to better equip the National Police of Ukraine.

The funding also includes the ongoing deployment of up to 20 Canadian police officers to support and advise their Ukrainian counterparts, according to Global Affairs Canada.

Since the onset of the Ukraine crisis in November 2013, Canada has committed over $700 million in technical and financial assistance to support Ukraine’s efforts to restore stability, improve security and implement democratic and economic reforms, officials at Global Affairs said.

The pro-Western government of Ukraine has embarked on a major reform of its police service that was mired in allegations of widespread corruption and enjoyed little public  support.

The new police force seems to enjoy high public approval ratings and over a quarter of the new recruits are women — one of the highest rates in the world, according to Erica Marat, assistant professor at the College of International Security Affairs, National Defense University, in Washington D.C.

But the police reform process has been opaque and top-down, led by a few powerful officials with little input from civil society, Marat wrote in an opinion piece for the influential Foreign Policy online magazine.

“As a result, the international donors who have partnered with the Interior Ministry risk repeating a problem that has plagued similar efforts to clean up law enforcement in other parts of the world,” Marat wrote. “All too often, donors tend to give their help to corrupt and autocratic political elites still mired in militarized and secretive systems.”