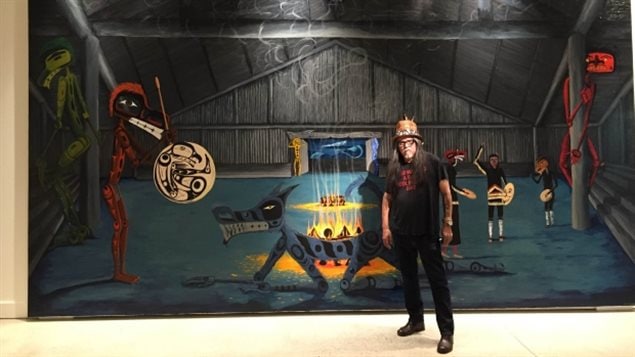 A book that illustrates indigenous issues from First Nations activist’s point of view has won the 2016 City of Vancouver Book Award. The book was produced as a catalogue for a major art exhibition at the University of British Columbia.

Land in much of the western province of British Columbia was never ceded to European authorities by indigenous people as it was in other provinces of Canada. There are ongoing efforts to negotiate treaties to govern land issues.

A ‘challenge to the notion of…Vancouver’

The news release goes on to say that “As the City of Vancouver works to move towards reconciliation with local First Nations and the urban Aboriginal community, the book provides a timely challenge to the notion of what Vancouver is.”

The award of $3,000 will go to the artist Yuxweluptun and two editors.