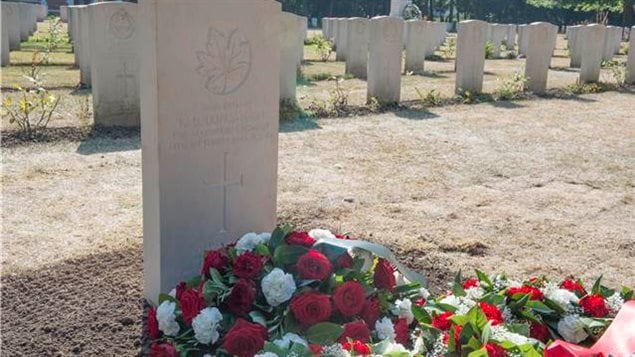 It is at one and the same time a sad, but also rewarding task: discovering the identities of the unknown fallen soldiers on the battlefields around the world.

In Canada that work is performed by a special department which works in cooperation with a variety of overseas agencies and experts when remains are found.

Around the world there are still some 27,000 Canadians who volunteered to go to war and who are missing and have no known grave.

When remains are found, say somewhere in Europe, the local police are usually the first to be notified. They then determine if the remains are of war dead. Depending on artefacts or other indications, the police or or other experts may then determine the country of origin for the soldier, and if from the Commonwealth, then the  Commonwealth War Graves Commission is notified.  If the remains are found to be Canadian, then the Canadian authorities and Casualty Identification programme joins the scene.

The work of identification can at times be an incredible amount of detective work.

It can involve military historians, forensic scientists, archaeologists Canadian and foreign, and genealogy experts, who through their various combined skills  determine what military groups were in that area, who was reported missing, then comparing statistical data, height, potential age, dental records etc, perhaps DNA. Always of course with the greatest respect possible for the remains of a young man who fought and died for his country.

Through this collaboration effort they are often able to eventually determine and put a name to the remains, which are then given a proper military burial. Sometimes however, there are not enough remains to put a name to the soldier, who sadly is interred as unknown.

Sometimes as in the case of Pte Kenneth Duncanson, killed in Belgium in the Second World War, the artefacts are well preserved leading to a much easier identification. Including in this case, items in his wallet.

Ms Lockyer feels it is an honour to be involved in this effort, and a satisfying feeling to finally put  the name to the soldier, and bring closure to living relatives who are most greatful for the team’s efforts.