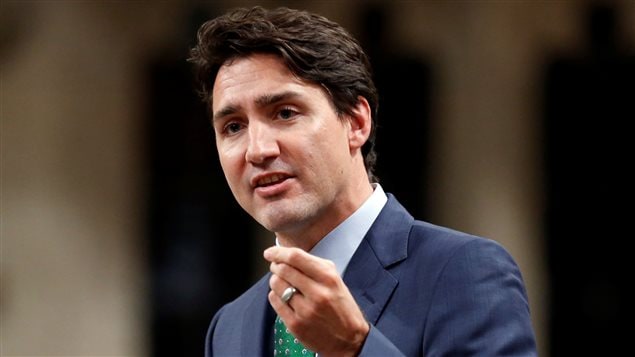 The Canadian delegation will not be travelling to Brussels to sign a free trade agreement with the European Union on Wednesday evening, Canadian officials say.

Prime Minister Justin Trudeau had been expected to fly to Brussels late Wednesday in order to sign the landmark Comprehensive Economic and Trade Agreement (CETA) on Thursday.

Lawrence’s comments came as federal and regional Belgian politicians failed to break their deadlock over the deal on Wednesday, but agreed to resume talks on Thursday in a sign they may be nearing a consensus that would keep the deal alive.

Belgium’s federal government has been locked in 11th hour efforts to sway the country’s region of Wallonia to support CETA, which aims to lift trade barriers and ease the flow of goods between Canada and the European Union.

Wallonia fears that its farmers will be priced out of the market with cheap Canadian produce and that many of the labour standards they fought for will be swept away. It is also worried that a controversial investment protection clause gives too much power to corporations to sue local governments and in effect dictate public policy.

The deal, which took seven years to negotiate, requires all 28 EU member states to be on board. Only Belgium is withholding its approval.

Under Belgian constitution all five of its regions and linguistic communities have to agree to the deal.

“We made a lot of progress, but we are not there yet. We will continue tomorrow, but we are close to an agreement,” Oliver Paasch, the head of Belgium’s 76,000-strong German-speaking community, told reporters after a third joint meeting on Wednesday.

The resumption of talks is set for 10:00 CET (05:00 ET). Belgian Foreign Minister Didier Reynders said a meeting of ambassadors from other EU countries was set for an hour later.

“We will see if it is possible to go to that meeting with a joint Belgian position,” he said.

Earlier in the day Ryenders said an agreement was in the offing.

“All the texts are consolidated, on all subjects,” Reynders said according to Belga.

Belgian broadcaster RTF reported late Wednesday that the declaration includes details about how the deal would be applied provisionally and clarifications on the investor arbitration clauses.

The proposed text of the accord obtained by RTF also included the right of regions to activate a safeguard clause should a market imbalance emerge for a single agricultural product.

Freeland said questions about the declaration would have to be answered by the Walloons and by the Belgians, because since Friday Canada’s part in the negotiations has been over.

Officials have warned, however, that several more steps would be required before the deal is ready to be signed. Any Belgian agreement would need to be run by the other 27 EU member states, Reynders said earlier in the day.

However, EU officials were confident Wednesday of a breakthrough.

“Whether this will allow us to sign the agreement with Canada tomorrow is not yet clear to me,” he added, while noting that “when this happens is less important than that it happens.”

“If we cannot make the case for free trade with a country like Canada – the most European country outside Europe and a close friend and ally – there are obvious consequences for Europe’s global position,” he warned.