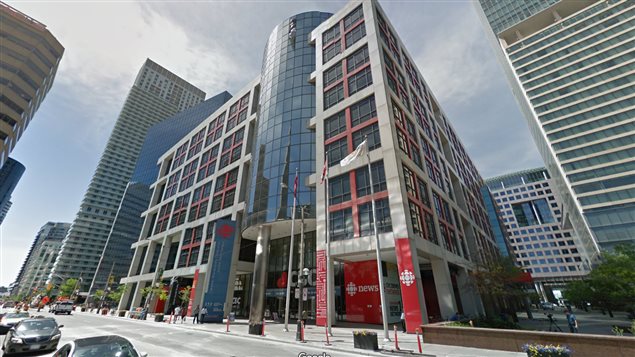 The CBC broadcast centre in Toronto. While CBC headquarters are in Ottawa, this is the main English-language production centre for the country.
Photo Credit: google street veiw

Modelled somewhat on the BBC, the Canadian Broadcasting Corporation came into being on November 2, 1936.

Surprisingly many of the issues that led to the creation of the CBC are still around today.

In 1936, there were 74 radio stations across the country; three of that number were CBC stations and four more were leased.  All however were dwarfed by signals sweeping across the border into Canada from more powerful US stations. Concerns of US domination of Canadian airspace, is still a concern 80 years later.

The CBC developed out of its predecessor of less than four years, the Canadian Radio Broadcasting Commission (CRBC). It had been criticized for its “syrupy crooners, trash and jazz” of the CRBC musical programmes, while another critic complaining about a lack of comedy said, “There isn’t a laugh the whole evening.

And yes, similar such criticisms of CBC programming are still made today.

In 1935, the CRBC was criticized for anti- Liberal party political sketches. It turned out that the regular sketches were sponsored by the Conservative party through a Conservative ad agency. When the Liberals won the subsequent election, the CRBC was done.

People still complain about political bias in the CBC, strangely from both Liberals and Conservative supporters, each saying the “mother corp” is biased in favour of the other in its reporting.

The new crown corporation, at arm’s length from government, began with 132 staff with 10 producers, and 14 on-air announcers. At the time there were one million radios in Canadian homes, and  with its six hours of daily programming, (70 percent music) it reached some 49 percent of Canadian homes. The French language service, la Societe Radio-Canada, began in 1937.

On January 1, 1941 the news service was added, and several special broadcasts were made. 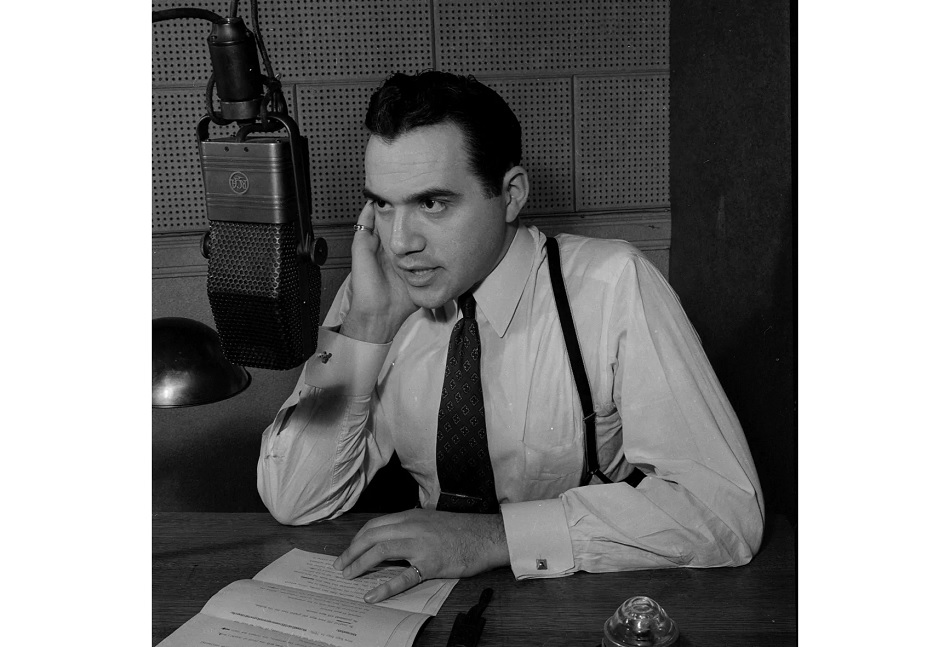 Lorne Greene was a well-known voice on the CBC. In the early war years when things were going badly for the allies, his deep and drmatic voice whie reading the news earned him the nickname as “the voice of doom”. In 1930 he left for a highly successful career in Hollywood (LAC PA-116178)

Television began in September 1952 with a station in Montreal in French, and two days later a station in Toronto in English. TV coverage went coast to coast in 1958.