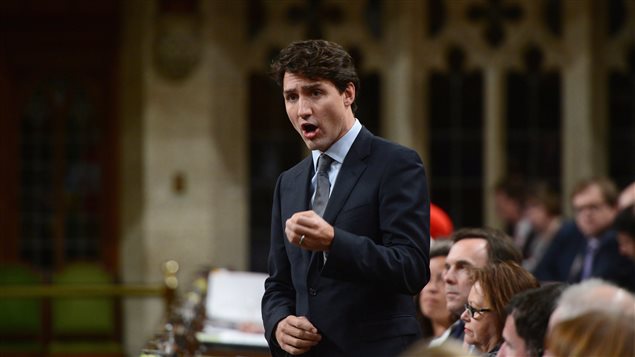 Prime Minister Justin Trudeau is taking his gender equality and gay rights message on his first official visit to Africa.

Trudeau will make a quick stopover in Monrovia, Liberia, tomorrow where he will meet with Liberian President Ellen Johnson Sirleaf to talk about women’s rights and gender equality.

“We want to strengthen relations with our African partners and advance issues such as the rights of women and girls, gender equality, health and peace and security,” Trudeau said in a statement issued before his departure this afternoon.

Leaving tonight on our first official visit to Africa – first to Liberia, and then to Madagascar for the XVI @OIFfrancophonie summit.

After talks in Liberia, Trudeau will fly across the continent to Antananarivo, Madagascar, for the summit of la Francophonie, an international organization of French-speaking nations, which is now headed by Canada’s former governor general Michaëlle Jean.

Trudeau will deliver a speech focused on the empowerment of women and girls, as well as gay and transgender rights.

Canada is also putting the final touches on a joint resolution with the nation of Benin to put an end to forced and child marriages, an issue that was also championed by the previous government.

Canada scored another victory in its campaign against forced and child marriages at the United Nations yesterday.

The UN General Assembly’s Third Committee adopted a resolution on child, early and forced marriage, led by Canada and Zambia with 106 co-sponsors.

“Child, early and forced marriage threatens the lives and futures of girls and women around the world,” Foreign Affairs Minister Stéphane Dion and International Development and La Francophonie Minister Marie-Claude Bibeau said in a joint statement. “It is a violation of their human rights that disrupts their education, jeopardizes their health, makes them more vulnerable to violence and limits their participation in the economic, political and social spheres.”

With files from Alison Crawford of CBC News