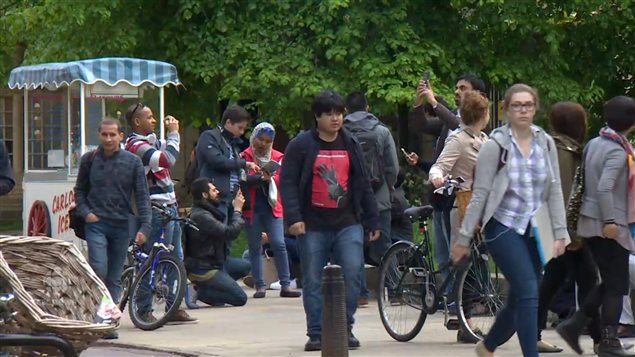 15-year-olds in 72 countries were tested on their science, math and reading skills in April and May 2015.
Photo Credit: CBC

International tests rank Canadian 15-year-olds among the top performers in science and they were also strong in math and reading. The International Student Assessment (PISA) is run every three years by the Organization for Economic Co-operation and Development in 72 countries.

Scoring at the top in science in 2015 were students in Singapore, Japan and Estonia. Canadians tied Finns for fourth place. That was little change from the 2006 test in which Canadians ranked third.

Canadians did well in reading, math too

Science was the main focus of this year’s test, with a smaller number of students tested on math and language skills. Only Singapore ranked higher than Canada in reading, and six countries out did Canada in math.

Education is a jurisdiction of provinces and territories in Canada. In a news release the Council of Ministers of Education called the test results “extremely gratifying.” It did however vow to continue “to focus on improving results.”