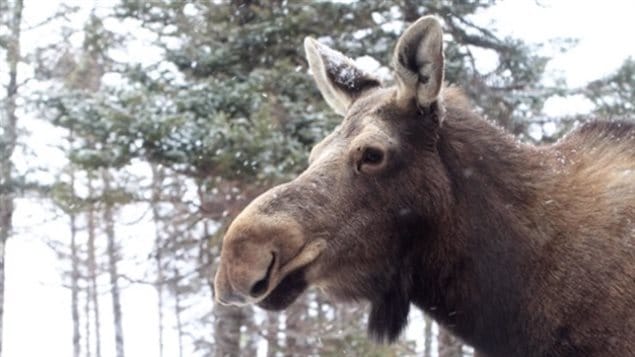 Forewarned is forearmed. Don’t be fooled by that faraway look in a moose’s eyes.

He’s not looking to woo you. It’s your car he’s after.

Authorities in the western province of Alberta have issued a warning: Beware of vehicle-licking moose as you travel through provincial parks and trails.

Moose, like other animals, need a healthy dose of salt to keep their blood in good shape. If that salt is lacking in their daily diets, they tend to look elsewhere for replenishment.

Officials say motorists should keep at least 30 metres away from any moose they might encounter and to honk their horn if a moose approaches.

And, the officials say, do NOT attempt to push a moose away from your vehicle.

Authorities have not said how many moose-licking incidents have been reported this year but add that incidents are not often reported.

No end date to the warning has been issued.