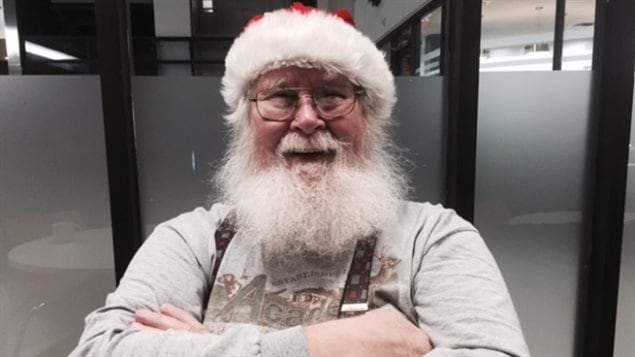 Santa is in a good mood with his pilot licence in order and Christmas flight plan approved across Canada
Photo Credit: Steve Pasqualotto/CBC

Within just a couple of days Santa Claus with his fully loaded sleigh powered by reindeer (Canadian caribou) will be heading out from his secret base somewhere near the North Pole.

Transport Canada, which is the federal agency governing such things a flight traffic and rules, announced that Santa once again passed his annual medical and written exam for his commercial pilot licence.

Transport Minister Marc Garneau also gave approval for the flight plan (top secret of course) on his trip down from the Arctic and across Canada on his way to deliver toys to children around the world, (although apparently he also has a small supply of lumps of coal for those who haven’t been good this past year)

In a statement today, Minister Garneau said, “I would like to commend Santa and his elves for their extraordinary service to children in Canada and around the world. Santa does not shy away from hard work. He insists on yearly licence renewal and always keeps up to date on the latest safety regulations.”