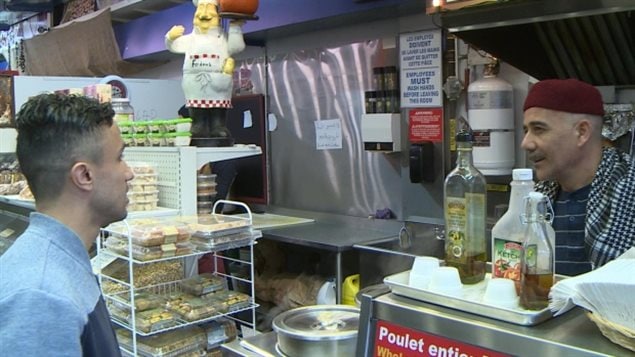 Restaurant serves those who cannot pay

A Montreal restaurant has a small sign in its window saying that people with no money are welcome to eat for free, reports CBC. The restaurant’s co-owner Yahya Hashemi is originally from Iran. He told CBC it is part of his faith to help people in need and that he wants to give back to Canada because it has given him so much.

Marché Ferdous is a small Mediterranean restaurant in downtown Montreal. For about five months it has served free meals to about four or five people a day, no questions asked. The owners consider the cost to be a business expense.

Some customers inspired to contribute

The idea came to Hashemi when people asked him for spare change to buy food. He would give them money, but later decided it would be simpler to put a sign in the restaurant’s winder offering free meals instead.

Hashemi is not concerned people will take advantage of the offer. In fact, he says some customers have been inspired to donate money to help the restaurant serve the needy for free.