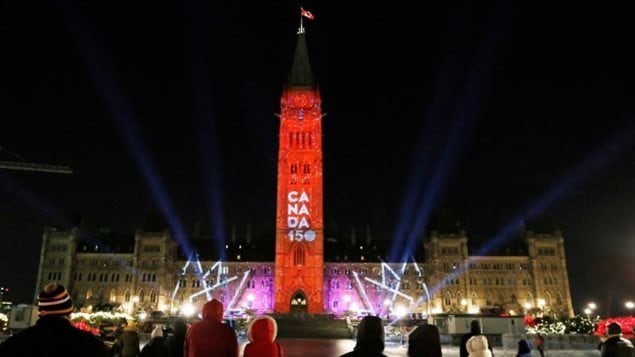 A huge crowd was on hand in the national capital Ottawa for the New Year’s Eve celebration, which also kicked off Canada’s 150th anniversary year in 2017. Canadians , like most celebrate and welcome the new year, but a survey shows a lingering pessimism about 2017
Photo Credit: Fred Chartrand/Canadian Press

Most Canadians surveyed thought 2016 wasn’t a very good year, and as the new year rings in, there’s a feeling of hope for better times.

But, that hope seems to be shortlived in Canada.

A new survey this year shows most Canadians are of the opinion that 2017 will not be a very good year.

Somewhat paradoxically, many Canadians think it will be a good year for them personally, but generally harbour a general pessimism about what the new year hold for their province, for Canada, for the U.S., and for the world.

The somewhat pessimistic outlook stands in contrast as well as 2017 is Canada’s 150th anniversary year in which many major celebrations are planned all across the country for this year.