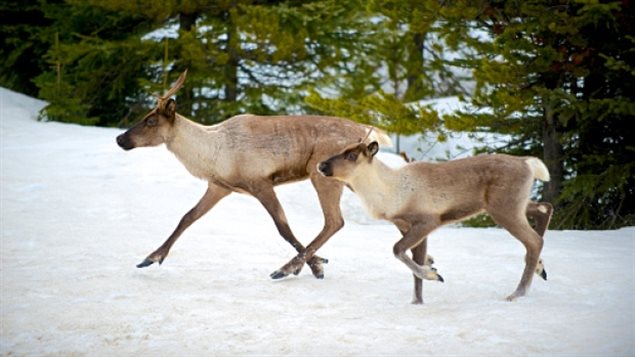 Many of the caribou herds in Canada are listed as threatened.
Photo Credit: Getty Images

Criticism is mounting over a plan by the province of Alberta to fence off a large section of forest for pregnant caribou, reports Canadian Press. The idea is to protect them and new calves from predators. Both environmental groups and biologists have criticized the pens.

Gilbert Proulx wrote an article in the journal Animals that says ecosystems within such protected area would be completely disrupted and new calves would not learn to avoid predators.  Instead he believes the government should expand the habitat that the Little Smoky herd still uses.

University of Alberta biologist Stan Boutin says the herd is in too much trouble for that, reports the news wire.

This type of pen has been tried in the neighbouring province of British Columbia and was roundly criticized by the Valhalla Wilderness Society in September 2015. It has had mixed results.