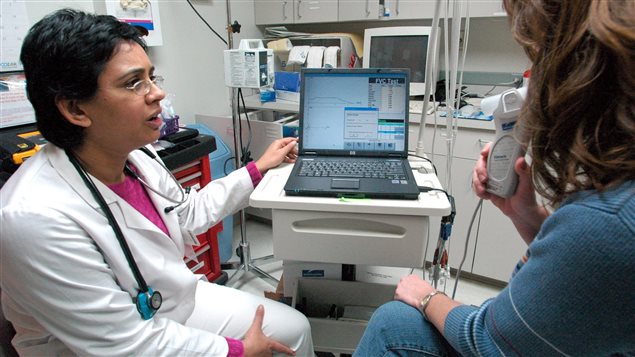 Many asthma patients may not actually have the condition

A new Canadian study suggests that 33 per cent of people diagnosed with asthma do not actually have the respiratory condition. The study, published in the Journal of the American Medical Association, concludes that some adults diagnosed by their doctors as having asthma should be reassessed.

Lead researcher Dr. Shawn Aaron of the Ottawa Hospital Research Institute told Canadian Press that some doctors diagnose asthma based just on symptoms. He told the wire service that patients should always have a spirometry test to confirm the results. This is a simple and inexpensive way to measure breathing capacity.

Canada’s government statistics website states that in 2014, just over eight per cent of Canadians age 12 and older reported they had been diagnosed with asthma by a health professional. That amounts to roughly 2.4 million people.