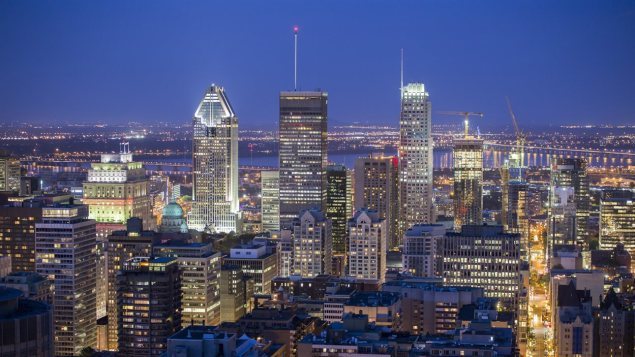 Montreal's skyline at night. The city is now ranked the best place in the world for students.
Photo Credit: iStock

Montreal ‘Best City in the World for Students’

Montreal is now rated ‘The Best City in the World for Students’, beating out Paris and London for the first time.

This according to QS Quacquarelli Symonds, global higher education analysts.

Montreal came out on top of Paris, which held first place for the last five years, jumping from 7th place last year.

Guy Breton, rector of the French Université de Montréal, says he is not surprised. “Just in my university, we have 160 nationalities”.

“It will certainly help that we are on the international radar as being city number one.”

Breton says it is the quality education, the diversity, the lack of social tension and the affordability that make Montreal such a strong destination for students from around the world.

According to a spokeswoman for the city of Montreal there has been a recent increase in international students, particularly from France, China, India, and Iran.

Guy Breton says along with being a safe city, international students are treated well. “There’s a will of the local students to know and to meet foreign students, so they feel welcome and year after year when they go back to their countries, they say ‘it’s a nice place to be”.

Guy Breton is also president of the U15 Group, which represents Canada’s 15 most research-intensive universities. He says they are very aware they may not be doing enough to promote Canada’s value in international education. This jump in the QS rankings, however, may go a long way to changing that.

“It will certainly help that we are on the international radar as being city number one.” Breton says.  Moreover, he says, “Montreal is the only city in the world where we have two top-ranking universities in two different languages… in French and in English.”

Montreal’s increase in the rankings, from 7th place last year to first, was helped a great deal a new metric, the “Student View” indicator. This polled both students now studying, or who had studied in a city vs. those who thought they might like to study there. The two views were often very different.

The city of Vancouver was ranked 10th in the 2017 QS rankings.

Toronto was tied with Hong Kong for 11th place.

“Talented scholars and knowledge workers looking to learn and settle in a tolerant, progressive country are running out of options.” Concordia’s rector, Alan Shepard, wrote in a recent opinion piece in the Montreal Gazette.