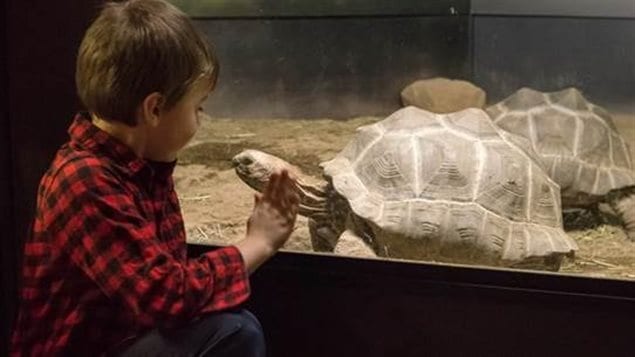 What could be better on school break than seeing reptiles up close?
Photo Credit: C.W. Clark

Many children in Canada have a week off school in March, others in February, and parents look for interesting activities for them. The Canadian Museum of Nature in Ottawa suggests they come take part in interactive shows featuring reptiles.

The exhibit is called Reptiles:Beautifu and Deadly and “features giant tortoises, colourful  milk snakes, venomous vipers, charming chaemeleons, and other extraordinary animals,” according to a news release. Beside live reptiles, there will be a giant inflatable leatherback turtle that children can walk through.

The mood is no doubt buoyant at the museum which just received its largest-ever donation of $4 million from the Ross Beaty family in Vancouver. The grant will focus on research and species discovery. It will support a cryogenic facility to collect and catalogue tissue samples from Canadian species. It will help digitize Arctic specimens and create a post-doctoral fellowship on species at risk.