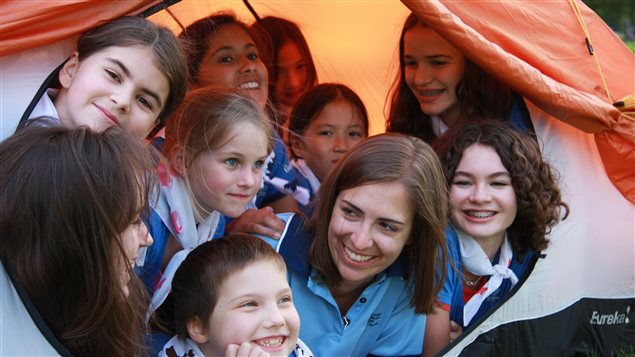 Girll Guides of Canada cancelled trips to destinations in the United States, as well as “any travel that includes a connecting flight through an American airport”.

“We know our members value the safe, inclusive and accepting space that Guiding provides. These values are reflected in all we do, including the Girl Guide travel experiences we offer girls and women. While the United States is a frequent destination for Guiding trips, the ability of all our members to equally enter this country is currently uncertain”, Sharron Callahan international commissioner, and director of provincial operations Holly Thompson, wrote in a joint advisory.

“We really wanted to make sure that no girl gets left behind.”

“This was a very difficult decision to make. We hope that members will appreciate this reflects our commitment to inclusivity and equal opportunities for all girls and women.” Callahan and Thompson explained in the notice.

Sarah Kiriliuk is national manager of marketing and communications for the Girl Guides of Canada. She told CBC News Network that the decision is a pre-emptive move.

“We have lots of girls across the country that travel every year overseas and to the U.S.,” she said. “We really wanted to make sure that no girl gets left behind.”

She explained that trips are planned months in advance and it would be disappointing if anyone got to the border and was turned away.

“We wanted to make sure there was zero risk,” Kiriliuk said.

The decision was prompted by the travel bans in the United States.

Trump’s first executive order banned travel temporarily, prohibiting people from seven Muslim-majority countries from entering the United State.  While it was blocked by a U.S. court, a second executive order will go into effect on March 16.

This second order took Iraq off the list of banned countries, but processing visas for travellers from Syria, Sudan, Somalia, Libya, Yemen and Iran, will then be suspended for 90 days.

All of this activity has caused confusion at some Canada-U.S. border points which resulted in some Canadian citizens of Muslim heritage having been refused entry.

A nationally-sponsored trip to a camp in California scheduled for this summer has been changed to a different destination,

“The ability of our members to equally enter the United States is uncertain under new laws set by president Donald Trump,” she told CBC News. She said she is “beyond happy to be part of an organization that takes such a clear stance on equal rights and equal opportunities.”