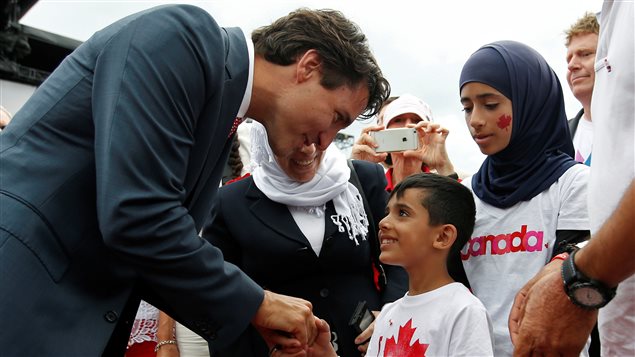 Canada has admitted the largest number of refugees in a single year in nearly four decades, according to the United Nations refugee agency.

A record 46,700 refugees arrived in Canada for resettlement in 2016, according to the Office of the United Nations High Commissioner for Refugees (UNHCR).

This is the largest amount of refugees admitted in a year since the implementation of the 1976 Immigration Act, the agency said.

“This is a tremendous achievement which reflects Canada’s longstanding tradition of welcoming refugees and assisting them with their integration into Canadian society,” Jean-Nicolas Beuze, UNHCR Representative in Canada, said in a statement. “Without this support, scores of refugees would have been left in life-threatening situations and without any hope.”

Canada has shown the world that successful resettlement is possible, particularly when government and civil society work together, Beuze added.

Refugee resettlement levels in the first year of Liberal government of Prime Minister Justin Trudeau increased by 133 per cent 2016 compared to 2015, according to UNHCR.

“Canada is proud to work with UNHCR to bring vulnerable refugees to our country. These newcomers help us build our society, culture and economy in long lasting and enduring ways,” Minister of Immigration, Refugees and Citizenship Ahmed Hussen said in a statement. “Canada hopes to increase global refugee resettlement and support ‎civil society and other jurisdictions to expand resettlement along with developing other solutions for the world’s most vulnerable.”

The last time Canada had resettled that many people in one year was in 1980, when the country accepted more than 40,000 Vietnamese boat people. In 1986, Canada was awarded the Nansen Medal, named after legendary Norwegian polar explorer Fridtjof Nansen who after WWI used his international fame to lobby for the repatriation of hundreds of thousands of prisoners of war and the resettlement of Armenian refugees fleeing the genocide in Ottoman Turkey.

Over the last four decades, Canada has welcomed some 700,000 refugees, according to UNHCR.