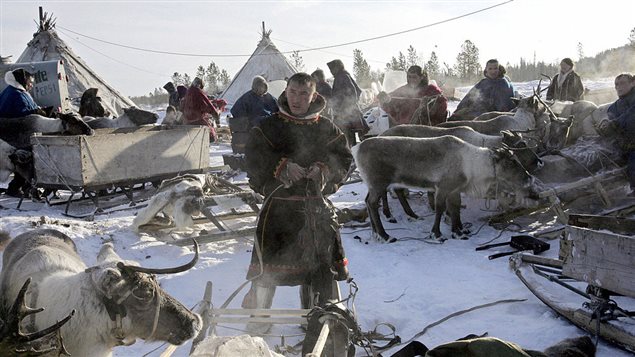 Nenets herdsmen prepare to leave the site outside the town of Nadym, 3,800 km North-East of Moscow, in Siberia, 14 March 2005 to find a new place for stay.
Photo Credit: TATYANA MAKEYEVA

Two Canadian archaeologists are on their way to a remote part of the Russian Arctic hoping that the traditional knowledge of Nenets reindeer herders might be able to help them solve an archaeological mystery that could have far reaching implications for our understanding of ancient Arctic history.

Robert Losey from the University of Alberta and Tatiana Nomokonova are travelling to the town of Salekhard in the Yamal Peninsula, in northwestern Siberia, with replicas of 2,000-year-old reindeer harnesses they have found in previous archaeological expeditions near Salekhard.

“We’re interested in tracing out the long term history of reindeer herding or reindeer keeping in the Siberian Arctic,” Losey said.

(click to listen to the interview with Robert Losey) 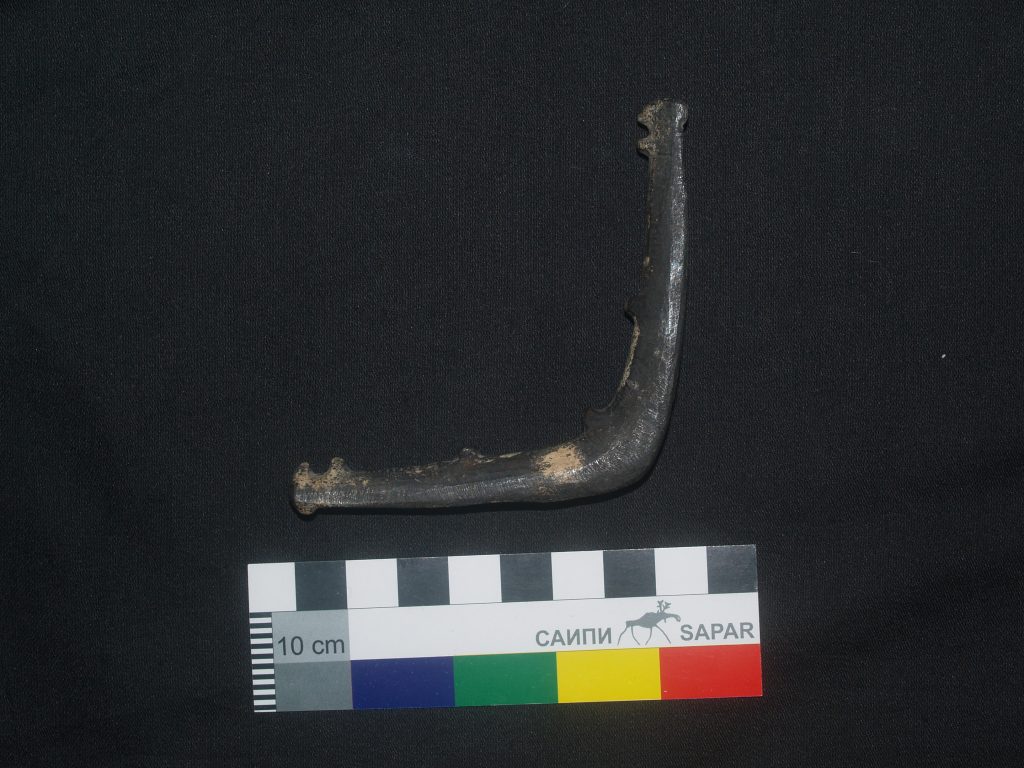 This artefact made of reindeer antler could be one of the possible harness parts from the Ust’-Polui site, which is around 2000 years old. (Rob Losey)

The goal of the research is to try to figure out whether the objects found during excavations on a site in Ust’-Polui, near Salekhard, are indeed parts of an ancient reindeer bridle or harness, Losey said.

“Our first step has been to laser scan, 3D scan the archaeological objects to produce digital models from them, and then we take these digital models, print them here in Canada in plastic and then to try to replicate those objects in actual reindeer antler,” Losey said.

Then the researchers will take these bridle parts with them to the tundra on the Yamal Peninsula to have them tested by the Indigenous Nenets reindeer herders of the area. 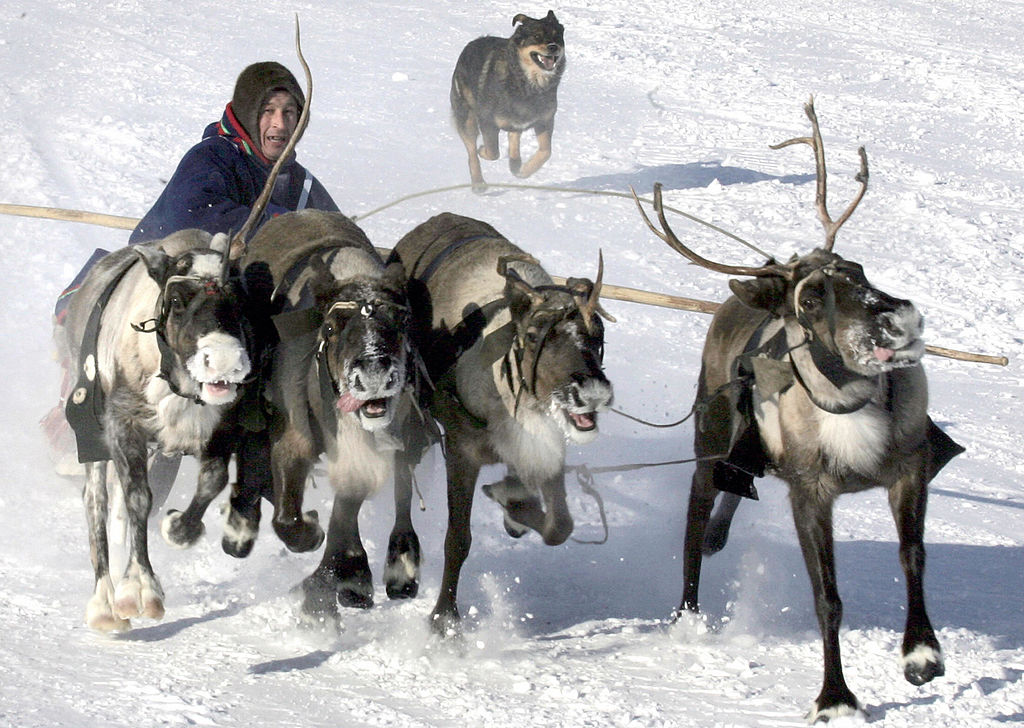 A Nenets herdsman sledges reindeer during a traditional festivity outside the town of Nadym, 3 800 km North-East of Moscow in Siberia, 13 March 2005. (TATYANA MAKEYEVA/AFP/Getty Images)

“What we’re trying to do is we’re asking reindeer herders to try out ancient reindeer harnesses on their contemporary reindeer to see how they work, would they be applicable in the past and the present?” Nomokonova told RCI in an interview prior to her departure to Russia.

“We’re hoping to understand how the people interacted with animals in the past as well,” Nomokonova told RCI in an interview prior to her departure to Russia. “So we’re not only looking at reindeer harness pieces but also at reindeer bones at several archaeological sites to try to understand which animals they had in terms of age and sex? When did they hunt them or had them? Were they domestic or wild reindeer? How far it goes back in time?”

(click to listen to the interview with Tatiana Nomokonova)

There are no better experts in reindeer herding than the Nenets people, Losey said.

“It’s a way to take the archaeology back to those communities to get indigenous perspectives on archaeological objects and to just to tell a more accurate and a more compelling story about the history of reindeer herding in this region,” Losey said. 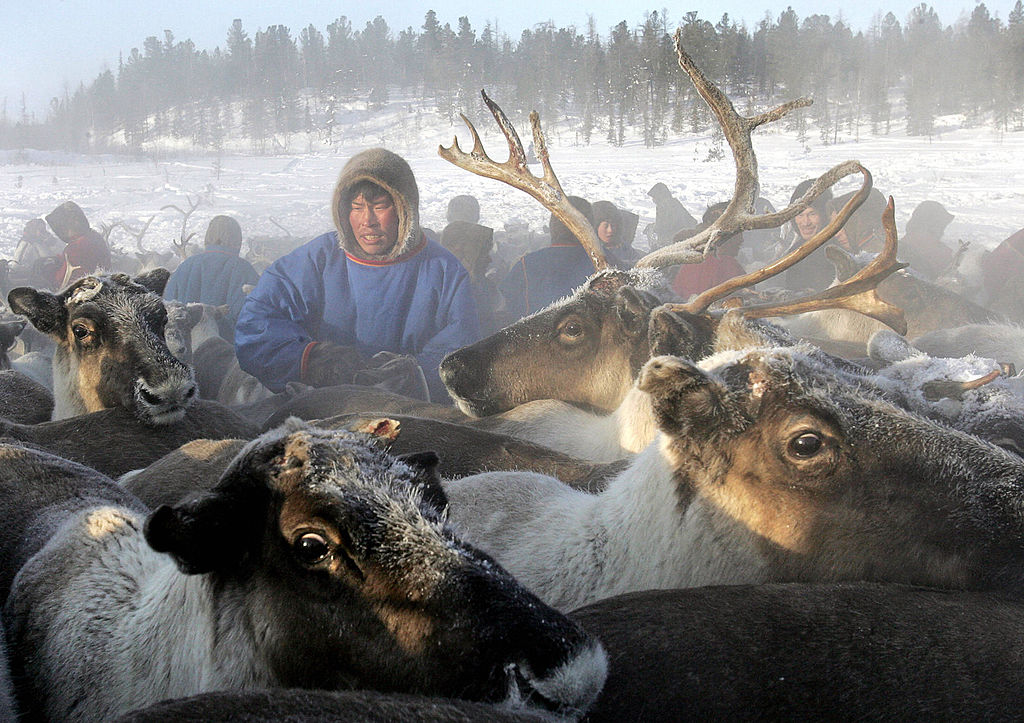 The Nenets people live in snow and freezing temperatures some 260 days of the year and are mainly nomadic reindeer herdsmen. (TATYANA MAKEYEVA/AFP/Getty Images)

In the process the researchers hope to change our understanding of how far back did large-scale reindeer herding begin, he said.

The current view is that large scale reindeer herding in the Russian Arctic began only a few hundred years ago.

“It’s really unknown though when reindeer keeping first began, when people first started taming and breeding reindeer,” Losey said. “So the question is really were people harnessing and working with reindeer 2,000 or 3,000 years ago in the Arctic or are these objects something else entirely.”

The Canadian researchers are collaborating with their Russian colleagues from the Arctic Centre in Salekhard, one of the main urban centres on the Yamal Peninsula, who have been working in the region for many years, Nomokonova said.

“They have long-term contacts with the Nenets population and people who work in the region and they are helping us to arrange all of this,” said Nomokonova.

Losey and Nomokonova also plan to spend some time out on the tundra living with the Nenets reindeer herders.

“We’re going to live in their mobile houses, sharing everything with the family. This means living inside the big tent, so the conditions will be quite cold,” Nomokonova said. “We’ll also have to bring a lot of food with us and gas, and make sure that we contribute our portion of supplies to the people who are hosting us.” 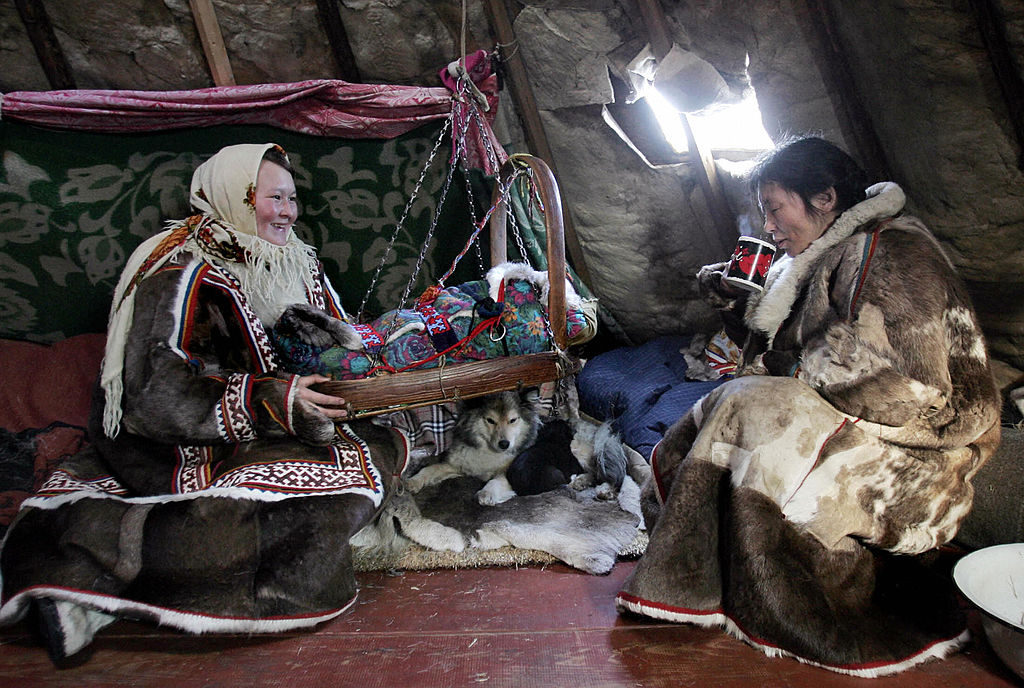 Two Nenets women chat while one of them rocks the cradle of her baby in a yurt (traditional tent) outside the town of Nadym, 3,800 km North-East of Moscow in Siberia, 12 March 2005. (TATIANA MAKEYEVA/AFP/Getty Images)

Living with the Nenets reindeer herders will be one of the biggest highlights of her career as an archaeologist that began at the tender age of 10 following her brother on archaeological expeditions in Siberia, said Nomokonova.

“Archaeology is all I wanted to do,” she said chuckling. “Of course, we all watched movies on Indiana Jones and we were fascinated, so I partly blame him for that, but we don’t do work like he does in the movies.”

Most of her work has been done in southeastern Siberia, near Lake Baykal, around her native Irkutsk, Nomokonova said.

“Over the past several years, especially after I did my PhD in Canada, I’ve been working with animal bones and one of the species that I’ve been fascinated first is actually Baykal seal,” Nomokonova said. “I’ve been reconstructing the long-time history of using these particular animals in Lake Baykal region of Siberia, which had many similarities with Arctic in Canada.”

Her research into the relationship between Siberian Indigenous peoples and the seals got her thinking about other “amazing relationships” ancient peoples had with the surrounding fauna, Nomokonova said. 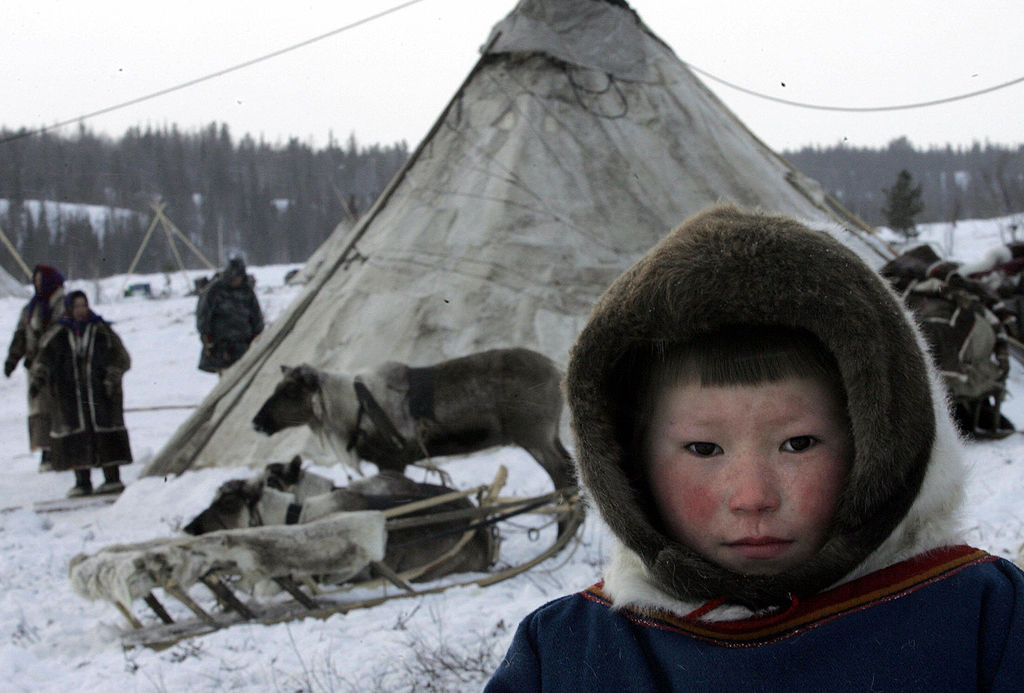 A Nenets boy poses in front of his family yurt outside the town of Nadym, 3,800 kms northeast of Moscow in Siberia, 12 March 2005. (TATIANA MAKEYEVA/AFP/Getty Images)

“But when we got to work with reindeer about three years ago, I was quite fascinated to see that people still use this animal to move around, they depend on it for their lifestyle,” Nomokonova said. “It’s essentially the reindeer that moves the people, not that people that move the reindeer.”

Reindeer herders follow the reindeer migrations from south to north, she said.

“You can’t just tame a reindeer and keep it in one place, it keeps going and the people have to follow this animal, unlike horses or cattle or any other animals that people domesticated” Nomokonova said.