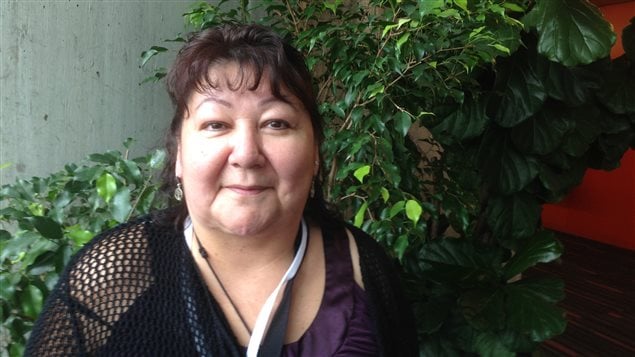 Karen Hill is a family physician at the Six Nations of the Grand River Territory who combines Western medicine and traditional Indigenous medicine in her practice.
Photo Credit: Levon Sevunts

Karen Hill knows that to help her community she needs more than what the Western medicine she practices can offer.

For years now, Hill, a family doctor in her home community at the Six Nations of the Grand River Territory, in southern Ontario, has been working with traditional Indigenous medicine practitioners to care for the sick in her Haudenosaunee or Iroquois community.

And as the name suggests, the territory is home to the six Iroquois nations – the Mohawk, Cayuga, Onondaga, Oneida, Seneca and Tuscarora – more than 12,000 people in all.

The territory has other health clinics, but Hill’s clinic called Juddah’s Place, housed in a small residential bungalow, is the only clinic that offers the combination of Western and traditional Onongwatri:yo Indigenous medicine.

(click to listen to the interview with Karen Hill)

“I work with two other traditional medicine practitioners and I myself am learning the traditional medicines as well,” Hill said, speaking on the sidelines of the Montreal Health Summit where she presented her work. “The way it works is sometimes we’ll meet with the patient together and the person will tell us their story, what is happening.”

Then she and her two traditional Indigenous medicine colleagues tell the patient the things they see from the story and where they can help, if that’s what the person needs, Hill said.

The traditional medicine practitioners use herbal medicine, traditional ceremonies that the person needs to engage in as part of their healing, as well as different kinds of energy work. And it’s up to the patient to decide, which type of medicine that person needs at that particular time in their lives, Hill said.

“It’s not about fixing other people, it’s about just being with people as they work through the things that they need to work through on their path to getting better and healing, because we’re dealing with a lot of things in our community,” Hill said. “Most of the things from my perspective are consequences of the historical trauma, colonization in this country, like high rates of chronic disease, addiction, mental health issues.”

Speaking at the Montreal Health Summit federal Health Minister Jane Philpott acknowledged that “one of our most obvious challenges” is the health and equity faced by Canada’s Indigenous communities.

“There is no question that when compared with the broader Canadian population Indigenous health outcomes lag tremendously behind,” Philpott told the summit Monday.

“We know that there is a tremendous amount of work to be done,” Philpott said.

Healing can be a long and arduous journey because of the centuries of trauma her patients carry on their shoulders and in their hearts, Hill said.

“Some of the trauma that they carry may not even be theirs, it’s intergenerational trauma, it’s trauma that comes from their family, from their parents, from their grandparents,” Hill said. “They don’t know really what it is, they just know that in their life this is what they’re struggling with.”

Part of her job is to help her patients see the connections between those traumas to stop the vicious cycle of trauma of being passed down another generation.

“I think this is where purely Western medicine fails, it only looks at the symptom, it only looks at the disease, it doesn’t look at everything underneath it,” Hill said. “Once I can work with a person and help them see their health and their being in a different way, then we can start to work with them on some of those things that are underlying at the root level.”

The federal government needs to understand that Aboriginal communities have the knowledge to be able to help themselves, Hill said.

People come from all over Canada and overseas to visit Juddah’s Place and see how it functions but the clinic gets no funding from the Canadian government, Hill said.

“Our own government doesn’t support what we’re doing so we just keep doing it hoping that they’re going to see that this is the model of care for Indigenous people, this is what’s going to help our people and come alongside of us and support that in whatever way is possible,” Hill said.

Without that help and funding Hill worries that Juddah’s Place will not sustain itself for much longer.

“Once I’m retired, I don’t know that somebody else would do this work, because I don’t make very much money, I do it because I have compassion for my people.”