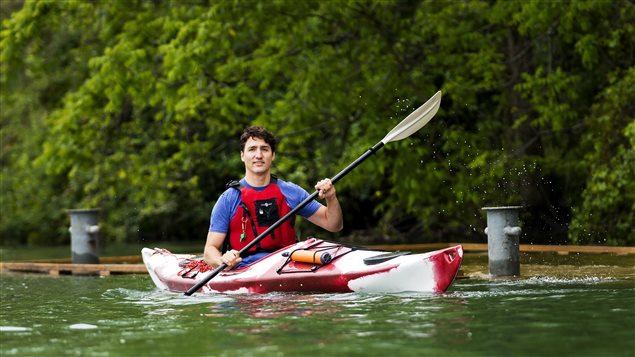 Canadian Prime Minister Justin Trudeau got into a kayak and paddled around the Niagara River to promote World Environment Day. He met some children for photos and also put in a live appearance on the U.S. television show “Live with Kelly and Ryan.”

One of the hosts asked how he would describe his relationship with U.S. President Donald Trump. Trudeau called it “a good, constructive working relationship.”

He added there were a lot of things the two leaders agreed on, but “Today is World Environment Day, we don’t agree on that, because I think there’s a lot of good jobs in the environment that we’re building for.” Trudeau has said he is deeply disappointed in Trump’s decision to pull out of the Paris Accord on climate change.

In an official statement, Trudeau said “World Environment Day reminds us that we have a global responsibility to safeguard our environment – and that each of us has a role to play to preserve and protect it. More than ever, Canada is committed to provide international leadership to fight climate change and support clean economic growth. We will continue to work with our domestic and international partners to drive progress on the environmental challenges we face as a global community.”