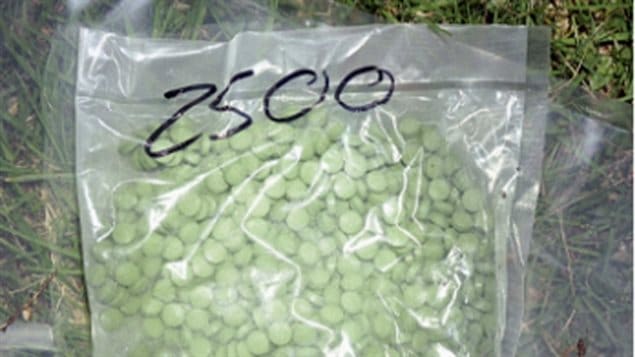 Fentanyl is responsible for many overdose deaths in Canada.
Photo Credit: RCMP

As if Canada’s drug overdose crisis were not bad enough, police in the tiny province of Prince Edward Island (P.E.I.) are warning there are fake prescription drugs being sold on the streets that contain the dangerous opiate fentanyl.

Fentanyl is a drug thought to be 100 time more powerful than morphine. It has been killing people by overdose across Canada, and the western province of British Columbia has declared the situation to be a public health emergency.

The national police, the RCMP, have seized three types of pills of concern: a green pill that looks like Oxycontin, a blue pill with Percocet 5 stamped on it, and pills that look like Xanax in white, yellow or green.

Provincial governments have rushed to make the antidote naloxone more widely available to drug users. Many police officers carried it to rescue overdose victims. They now also carry it in case they themselves become contaminated by the drug. This has occurred with fentanyl in powder form.