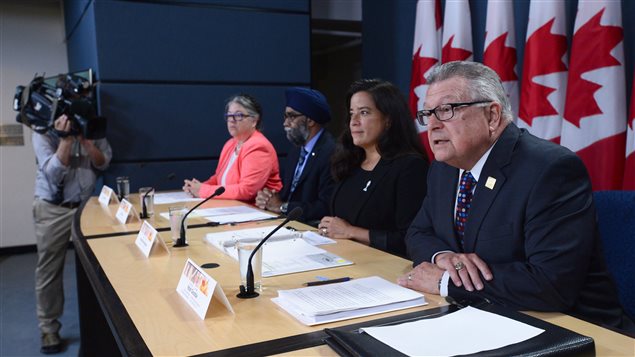 The Canadian government has proposed new legislation to replace a controversial anti-terrorism law which has increased the powers of security agencies and raised concerns about charter rights. Observers see good and bad in it.

“The really good part of this bill is that it fixes a big problem we’ve had in Canada about accountability with our spy agencies,” says Brenda McPhail of the Canadian Civil Liberties Association. “We’ve had watchdogs in the past. Each watchdog could only look at the activities of one agency.

“The new bill creates a new agency that’s allowed to look at all of the spy agencies at the same time. That means that when they work together, we’ve got a review body that can look at the entire operation. That’s a really good thing.”

The agencies involved are the Canadian Security Intelligence Service (CSIS), the Communications Security Establishment (CSE), and the RCMP (the national police) security operations.

Commission could assure compliance with laws

McPhail also pleased that the new law would provide for an Intelligence Commissioner who would look at how the spy agencies interpret the laws in planning operations and who could ask that they be modified if they do not comply.

There were controversial measures in the old law. She says several have been “tweaked” where they instead should have been removed. Among them is the mass collection of data on Canadians.  Agencies can still collect it but must show the information is reliable.

Currently, CSIS is allowed to disrupt actions when it deems there to be a security threat. The new law would define what measures could be used. “But there’s still not been a great case made to say why CSIS needs these still really big powers at all,” says McPhail.

The proposed legislation would also give the CSE the power to disrupt what it calls “offensive cyber activities” which she says is essentially hacking against foreign states and individuals. “That’s probably something they were doing anyway and having the way it can happen and the way it’s made public is a good thing. But we really need to be talking about whether or not it should be happening at all.”

Parliament will soon be suspended for the summer months. This will provide time for interested parties to study the complex and long bill. They can prepare to make presentations when the legislation is studied in committees in the fall.