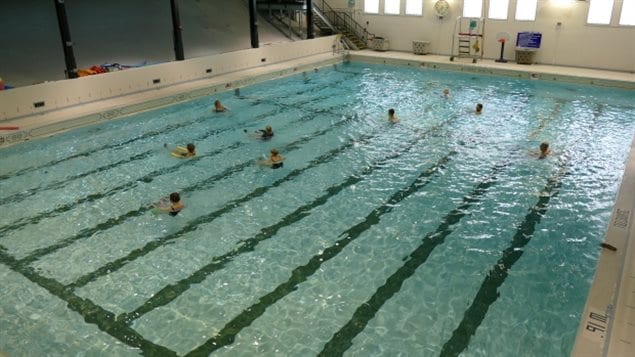 A legal challenge has been filed in Ontario against a rule that females over age 10 must wear tops, ie cover their breasts, at public pools and parks.

In the case of Cornwall, the challenge filed with the Ontario Human Rights Commission, is based on two sentences in the local department of Development, Parks and Recreation policy regarding municipal pools.

It reads ”Topless policy: Females 10 years of age or older are required to wear tops. Violators will be asked to leave.”

The complainant says the topless policy discriminates against women and is a violation of her rights.  Little is known about the complainant other than she does not live in Cornwall.

It has been legal for women to go topless in Ontario since 1996 when a university student won a five year battle against a charge of public indecency after she took off her shirt on a hot summer day.   Gwen Jacob says it was a double standard that men could go topless but not women. Charged in 1991 and fined $75, she won her case on appeal in 1996 and Ontario’s law was changed.

The Human Rights Commission has not set a date for the current complaint hearing but organizations named in a complaint have 30 days to respond.

The city council in Cornwall will meet tonight in a closed door session to discuss whether to fight the issue or change its policy.

If the policy is changed, Mayor Leslie O’Shaughnessy says he hopes that would end the complaint against it and save the city money at the Human Rights Commission.

It is not known what the reaction is at the other organizations named in the complaint.

In spite of Ontario’s ruling (and British Columbia in 2000) on hot days most women still do not choose to go topless in parks, pools, or any public place.