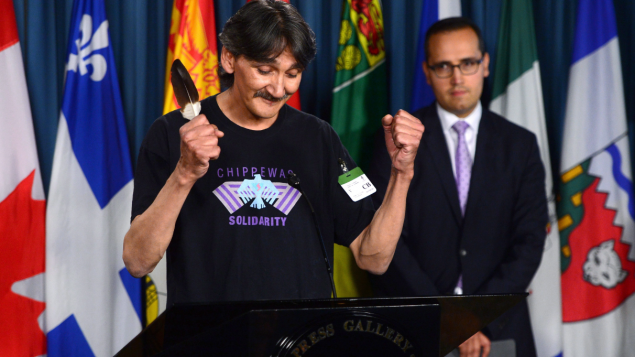 Jerry Natanine, a community leader and the former mayor of Clyde River, pumps his fists after the Supreme Court of Canada ruled in favour of his community on Wednesday. Clyde River’s legal counsel Nader Hasan looks on. (Sean Kilpatrick/The Canadian Press)

A ruling by Canada’s Supreme Court this week that Inuit must be sufficiently consulted before projects affecting their communities are approved, will have important implications for future Arctic ventures, say those involved in the case.

“We’re walking on cloud nine and so relieved,” Jerry Natanine, a community leader from Clyde River, Nunavut and the hamlet’s former mayor, told Eye on the Arctic over the phone from Ottawa on Wednesday after the decision was released.

“We can live our lives and hunt and fish. And if the company comes back? We’ll have more rights to fight them and be part of the project.”

“I hope the decision functions as a wake up call for Prime Minister Trudeau and his cabinet. As I said this morning,  I’m convinced Canada will arc towards justice and reconciliation. But sometimes the courts need to right the ship when the government veers off course and that’s what happened in Clyde River.

“I hope governments across the country read the decision very carefully and realize they have to do a better job.” 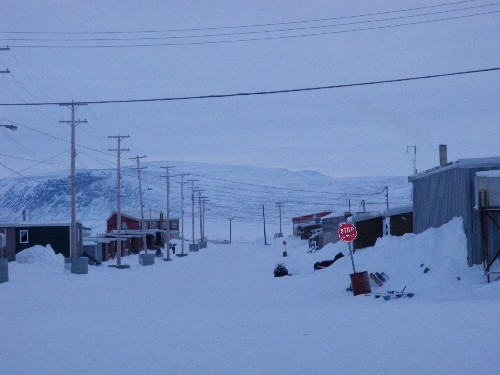 Clyde River, Nunavut. Many people in the community still rely on hunting and fishing to furnish a significant part of their diet. (Eilís Quinn/Eye on the Arctic)

Clyde River, an Inuit community on Baffin Island in Canada’s eastern Arctic territory of Nunavut, launched their court challenge three years ago after a consortium got a seismic testing project

approved by Canada’s National Energy Board (NEB), an independent federal regulatory agency, against the wishes of many people in the community.

The exploration project was initiated by companies Geophysical Company ASA (TGS), Petroleum GeoServices (PGS) and Multi Klient Invest AS (MKI), who planned to use seismic testing to locate resources in Baffin Bay and Davis Strait, waterways located between Canada’s eastern Arctic and Greenland,

In Canada, the case was framed as a David and Goliath battle between big business on one side and the small fly-in, Inuit community of about 1000 people on the other.

It was a battle the community was warned it would never win.

Blunt language from court on failure to consult

But the Supreme Court ruled in Clyde River’s favour, using blunt language to outline the inadequacy of the NEB’s communication with Inuit, including sending responses to questions by email in a 3,926-word, primarily English-language document, to the community where Inuktitut is the first language and limited internet availability made downloading such a document impossible.

“To put it mildly, furnishing answers to questions that went to the heart of the treaty rights at stake in the form of a practically inaccessible document dump months after the questions were initially asked in person is not true consultation,” the ruling said.

Why Canadians should be paying attention 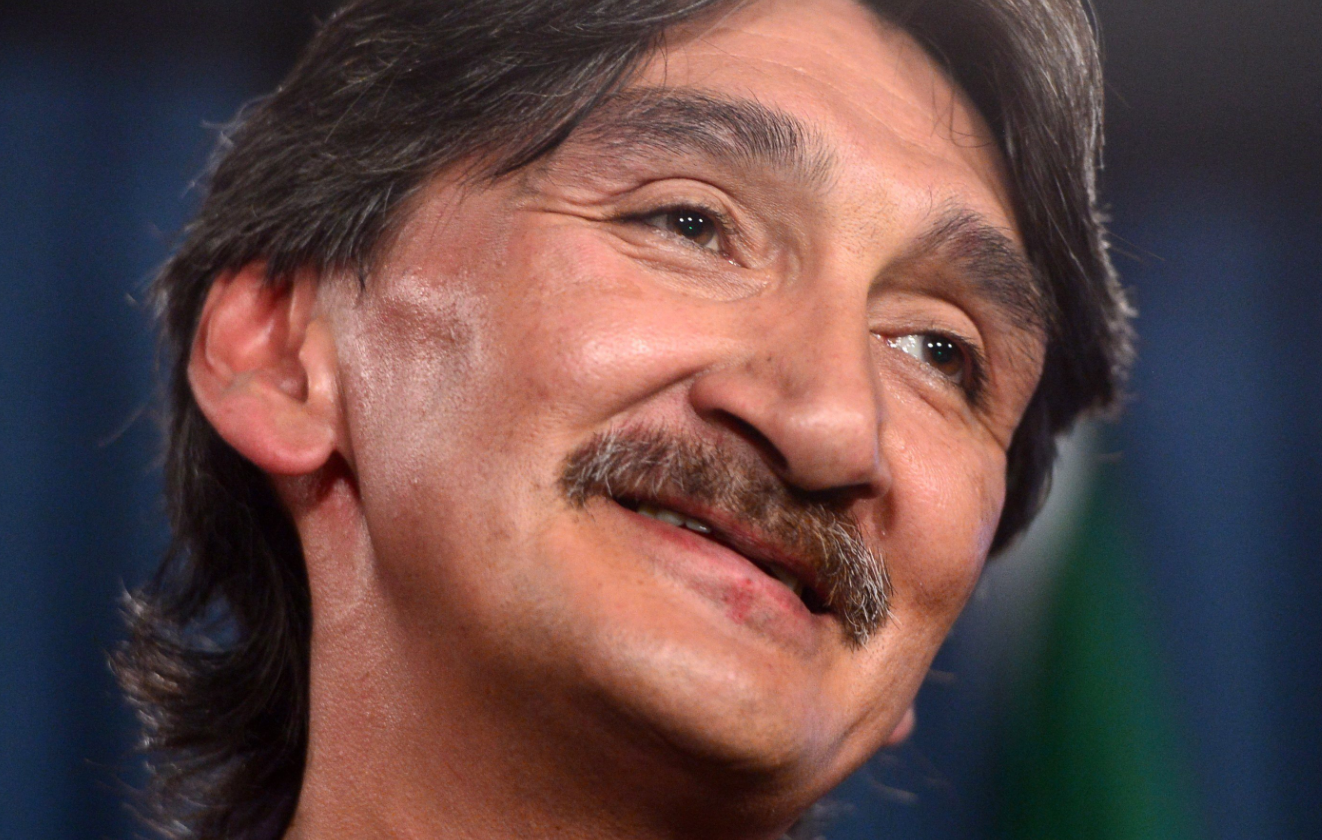 “We did it, we won,” Jerry Natanine, a community leader from Clyde River, Nunavut, said after the Supreme Court of Canada nixed a seismic testing project near his community on Wednesday. (Sean Kilpatrick/The Canadian Press)

Those involved in this long and complex case say they hope the three-year battle can serve as a model for Indigenous People’s across Canada.

“I hope other nations and other communities can benefit from this ruling,” Natanine said.

Greenpeace, an environmental campaigning organization involved in supporting Clyde River throughout their case, says the ruling this week is one all Canadians should be paying attention to.

“But the impact of their fight is really a benefit to all of us.”

Greenland:  Q&A: Impact assessments in the Arctic – What Canada and Greenland can learn from each other, Eye on the Arctic

Iceland: Norwegians and Icelanders let Alaskans in on the secrets to economic prosperity, Alaska Dispatch News