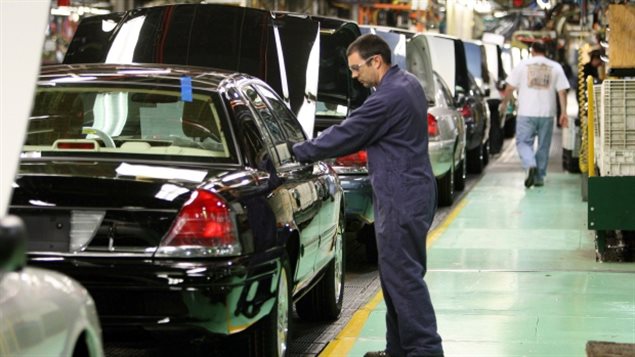 Canada’s economic growth blew past expectations in May, powered by a rebound in the mining, quarrying, and oil and gas extraction sectors.

Statistics Canada says real gross domestic product grew by 0.6 per cent in May, the seventh straight monthly gain. Economists had expected an increase of 0.2 per cent, according to Thomson Reuters.

The overall economy has grown by 4.6 per cent in the 12 months leading up to the end of May compared to 3.3 per cent in April and an annual increase of only 1.5 per cent in 2016, said Paul Ferley, assistant chief economist at RBC. That’s the biggest 12-month figure since 2000.

“In large part this rebound reflects a strong upward trend in mining output with today’s report continuing this pattern of strong support,” Ferley wrote in an analytical note to clients. “Additionally the manufacturing sector has been steadily, albeit more slowly, improving.”

Statistics Canada’s report showed that the annual increase in manufacturing activity jumped to an impressive 5.2 per cent, building on a 2.1 per cent increase in the first quarter, Ferley said. 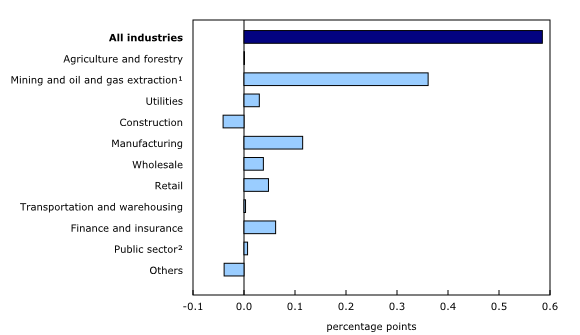 Goods-producing industries rose 1.6 per cent, driven by a 4.6 per cent increase in the mining, quarrying, and oil and gas extraction sector.

The oil and gas extraction subsector grew 7.6 per cent, with non-conventional oil extraction rising 13 per cent due to a rebound in activity after a fire at the Syncrude Mildred Lake upgrader in mid-March that curtailed production.

“It’s becoming a broken record of impressive news on Canadian growth,” said CIBC chief economist Avery Shenfeld. “While inflation isn’t threatening, the economy is proving it simply doesn’t need interest rates as low as they have been to drive its gains. That sets the stage for another quarter-point hike in October, with a pause in September used in an effort to show patience and cool the Canadian dollar’s fires.”