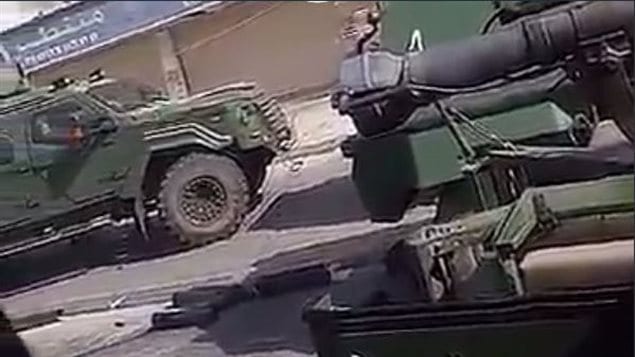 A still image taken from a video posted on Twitter appears to show a Canadian-made Terradyne Gurkha APC (left) on the streets of Awamiya in the Eastern Province of Saudi Arabia. The APC is produced by Terradyne Armored Vehicles Inc. based in Newmarket, Ontario.
Photo Credit: @SahatAlbalad/Twitter

The Canadian government is “deeply concerned” that Canadian-made armoured vehicles may have been used in a violent crackdown underway in Saudi Arabia and is prepared to take action if human rights were violated, a spokesperson for Global Affairs Canada said Friday.

At least five people have been reported killed since Wednesday in a massive security operation involving hundreds of Saudi special police officers backed by dozens of armoured vehicles in the town of Awamiya, in the country’s restive Eastern Province, home to a large segment of Saudi Arabia’s minority Shia population.

Media reports and social media posts from the town of Awamiya, which has been under siege by Saudi security forces since May, and other towns in the district of Qatif report artillery shelling by government forces and show them using what appear to be armoured personnel carriers produced and exported to the oil-rich kingdom by Terradyne Armored Vehicles Inc., a privately-owned company based in Newmarket, Ontario. 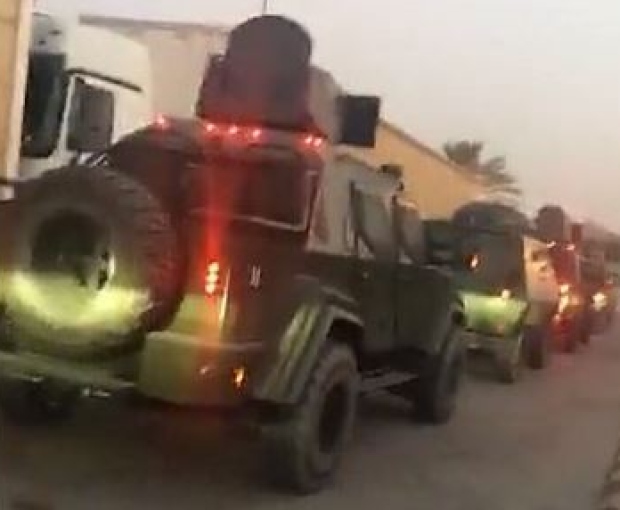 A still image taken from a video posted on Twitter appears to show a Terradyne Gurkha APC on the streets of Awamiya in the Eastern Province of Saudi Arabia. (Anthony Fenton/Twitter)

“Combination/colour of vehicles (the one with turret is a UR-416) indicates they are Special Security Forces,” Jeremy Binnie, Middle East/Africa Editor at IHS Jane’s Defence Weekly, confirmed on Twitter after studying news reports and social media posts of the Saudi security operation.

Global Affairs spokesperson John Babcock says Minister of Foreign Affairs Chrystia Freeland is “deeply concerned about this situation and has asked officials to review it immediately.”

“If it is found that Canadian exports have been used to commit serious violations of human rights, the Minister will take action.”

Despite repeated attempts to reach officials at Terridyne since Wednesday, no one from the company was available to comment on the reported use of the company’s APCs by Saudi security forces.

Officials at the Saudi Embassy in Ottawa also did not respond to repeated phone calls and an email request for comment. 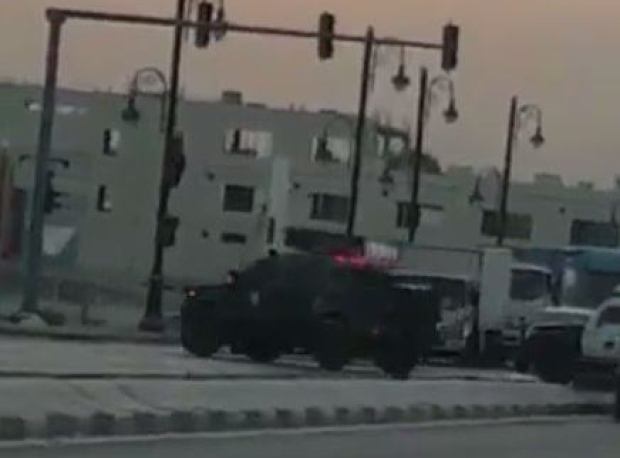 Human rights groups are calling on the federal government to cancel permits for the export of Canadian military and defence equipment to Saudi Arabia.

The unrest in the Eastern Province comes as Saudi Arabia’s top court has upheld the death sentences of 14 Shia men convicted of armed attacks after what Amnesty International called “a grossly unfair mass trial.”

At least 66 people have been executed in Saudi Arabia since the start of 2017, including 26 in the past three weeks alone — more than one execution per day, Amnesty said in its recent report on human rights in the country.

“Mounting tensions and conflict in eastern Saudi Arabia, about which the Canadian government has rightly expressed public concern, further indicate how fraught it is for Canada to have authorized the sale of light armoured vehicles to Saudi Arabia at this time,” Alex Neve, secretary general of Amnesty International Canada, said in a statement to RCI.

“Indications that Canadian-made armoured vehicles are perhaps being utilized as Saudi forces mobilize in the east of the country highlight how crucial it is that the government intervene and put an immediate end to the Canadian/Saudi LAV deal,” Neve said.

“Indications that Canadian-made armoured vehicles are perhaps being utilized as Saudi forces mobilize in the east of the country highlight how crucial it is that the government intervene and put an immediate end to the Canadian/Saudi LAV deal,” Neve said.

If confirmed, the reports out of Saudi Arabia raise further questions about the thoroughness and reliability of Ottawa’s risk assessment for military exports, said Cesar Jaramillo, executive director of the peace group Project Ploughshares.

“Both Ottawa’s earlier public commitments and the provisions of the Arms Trade Treaty, which Canada will soon join, call for a reassessment of existing military export authorizations, should there be new, relevant information,” Jaramillo said.

“In the view of Project Ploughshares, recent reports — if confirmed — constitute exactly that: new, relevant information.”

Canadian officials are aware of reports that the Saudi security operations in the district of Qatif have led to casualties of civilians and security forces, Babcock, the Global Affairs spokesperson, said.

“The government is actively seeking more information about Saudi Arabia’s current efforts to deal with its security challenges, the reports of civilian casualties, and the reports that Canadian-made vehicles have been used by Saudi Arabia in its current security operations,” Babcock said. “Canada will review all available information as it determines an appropriate course of action.”

Canada expects the end user of any and all exports to abide by the end use terms in issued export permits, he said.

“The end use and end user of exports, as well as regional stability and human rights, are essential considerations in the authorization of permits for the export of military goods from Canada,” Babcock said.

“The government has expressed its concerns to the Kingdom of Saudi Arabia that its internal security operations be conducted in a manner consistent with international human rights law.”

Reasons to be concerned

It is the first time that the Terradyne APCs have been seen in one of the operations by Saudi security forces since the news of their export to Saudi Arabia became public knowledge about two years ago, said Anthony Fenton, an author, a PhD candidate at York University who studies Canada’s foreign policy, and a vocal critic of Ottawa’s relations with the monarchies of the Arabian Peninsula.

Canadians should be concerned about the export of these vehicles to various Middle Eastern countries, Fenton said.

“This is just one Canadian company among a number of Canadian armoured vehicle manufacturers that that have used the last decade or more of conflict in the Middle East to gain a foothold in what is a highly lucrative market,” Fenton said.

(click to listen to the interview with Anthony Fenton)