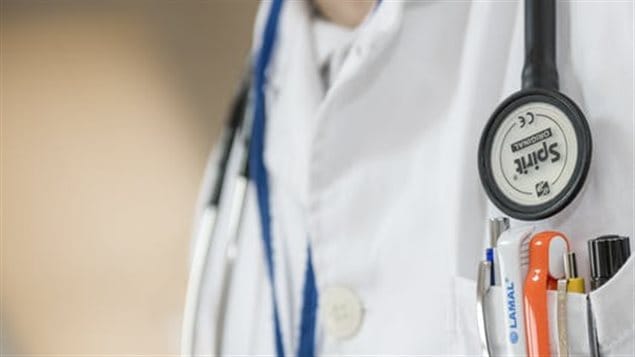 Doctors are facing obstacles to patient care, ‘mountains’ of paperwork and increasing regulation, says an outgoing head of the Canadian Medical Association.

Over half of doctors have symptoms of burn-out: survey

A recent survey suggests that 54 per cent of Canadian doctors have symptoms of burn-out and it’s a problem that physicians themselves don’t like to talk about. This was a topic much discussed at the annual meeting of the Canadian Medical Association which represents more than 80,000 doctors.

“First and foremost, it’s about the inability that physicians have sometimes to get what the patient actually needs in a timely way,” says Dr. Granger Avery, immediate past president of the Canadian Medical Association.

“So, that’s whether looking for a consultation, following up on an operation, whether it’s transferring a patient from one level of service to another, these things often require the doctor to make repeated phone calls, repeated interventions to get what should be a relatively simple piece of work done. So, that’s very frustrating and annoying for a physician who’s been brought up and trained and focused on helping people, not doing that administrative work.”

Avery also says doctors face mountains of paperwork and increasing regulatory requirements. When doctors begin to suffer from overload, stigma often prevents them from seeking the help they need.

Avery thinks the issue should be confronted head-on beginning at medical schools with discussions about resiliency. He adds that the health care system should support health care workers and that such support varies across the country. In his view, it would ease the burden on doctors and provide good health care results to have them work in teams with other health care professionals.