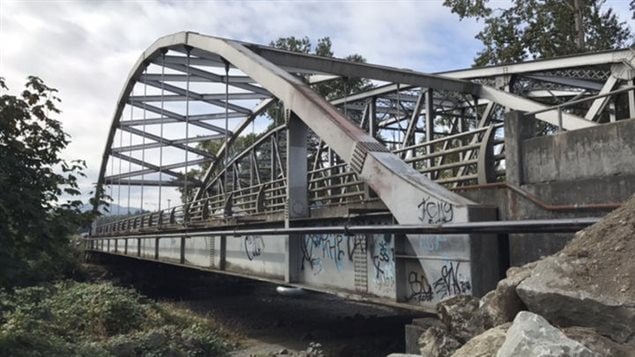 Duncan, British Columbia is getting seismic upgrades on two bridges to ensure they are safe for emergency vehicles after an earthquake.
Photo Credit: CBC / Gregor Craigie

Seismic upgrades are necessary in several areas of the west-coast province of British Columbia.

Vancouver Island, which is particularly vulnerable to severe damage in the event of a major earthquake, is getting upgrades on two bridges.

Twin 77-metre long spans, crossing the Cowichan river in Duncan, will be brought up to modern seismic requirements.

One bridge was built in 1950, the second in 1978 and they’re part of the Trans-Canada Highway.

The hope and the plan is to ensure the bridges will not only remain intact in a large earthquake, but that they will also be strong enough to carry emergency vehicles in the aftermath.

“A fire truck is heavier than just your average passenger car so we want to be able to ensure that heavier emergency response vehicles have the ability” to cross the bridges.Janelle Erwin told CBC.

She is the regional deputy director with the Ministry of Transportation.

“We start looking at which corridors are most important and which are our lifeline corridors in the event of an earthquake,” Erwin said.

Crews, using four hydraulic jacks, will raise each side of the bridge by a few millimetres, enough to replace the existing bridge bearings with new seismic isolation bearings underneath.

Rod Mochizuki, the project supervisor, described the new bearings as a sort of buffer between the bridge and the concrete foundation on either side of the river, “so in the seismic event it will actually move within itself,” he said.

The provincial government is investing $998.900 (Cdn) in the work which gets underway at the end of September and will continue until March 2018,

Most drivers won’t be affected by the construction..

“What our contractor most likely will do is focus on one bridge at a time,” Janelle Erwin said. “So if we need to fully close the northbound direction, we would then be able to re-route traffic to the southbound direction to keep everybody moving. That sort of closures are allowed between midnight to 5 a.m.”

Once completed, there are other bridges on the Trans-Canada Highway in coastal British Columbia that need seismic upgrades as well.