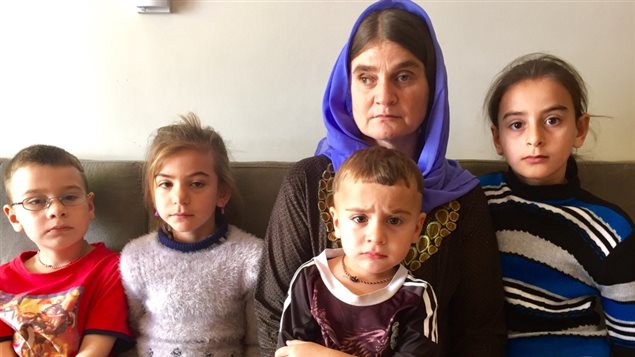 The government says it has settled nearly 800 Yazidi women and girls and others fleeing atrocities committed by militants belonging to the Islamic State of Iraq and Levant.

Immigration Minister Ahmed Hussen shared the figures in the House of Commons on Thursday, adding that the government is committed to sponsoring 1,200 Yazidis and other survivors of ISIL by the end of 2017.

The Yazidis, a religious group that numbers about 700,000 who live mainly in northern Iraq near the Syrian border, have been attacked relentlessly by ISIL soldiers for over three years thousands of men and boys murdered and thousands of women and girls forced to become sex slaves.

Last October, the House of Commons unanimously supported a Conservative motion that called on the government to provide asylum to an unspecified number of Yazidi women and girls.

In February, Ottawa the number at 1,200 government-assisted refugees.

Although the motion referred only to providing asylum to Yazidi women and girls, the refugees will include male family members.

Canadian supporters of the Yazidis have expressed fears that the government was not living up to its 1,200-person target, hinting that Ottawa was not releasing accurate numbers because it had was forced to divert funds to process immigrants illegally coming over the U.S. border into Manitoba and Quebec.

Hussen said that spike in asylum seekers had not affected the Yazidi program.