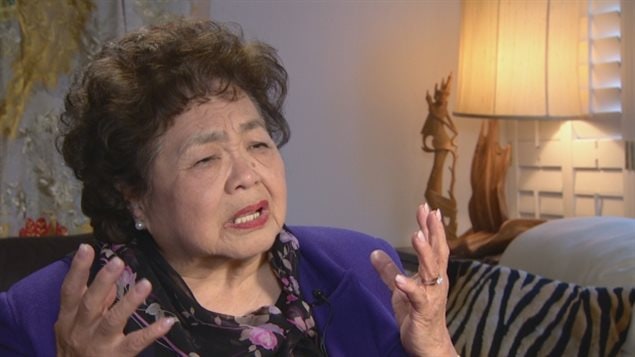 On Aug. 6, 1945, Setsuko Nakamura was a 13-year-old middle-school student in the Japanese city of Hiroshima.

That morning an American B-29 bomber, the Enola Gay, dropped the world’s first atom bomb.

Setsuko Nakamura was about 1.8 kilometres from the hypocentre.

Eight of her family members and 351 of her fellow students and teachers did not.

(According to the BBC, within the first two to four months following the bombing, the acute effects of the bombing killed 90,000 to 146,000 people in Hiroshima and 39,000 to 80,000 people when the city of Nagasaki was bombed three days later. Roughly half of the deaths in each city occurred on the first day.)

This December in Oslo, after a lifetime of tireless campaigning for nuclear sanity and living most of her life in Canada, Setsuko Thurlow, nee Nakamura will accept the Nobel Peace Prize on behalf of the International Campaign to Abolish Nuclear Weapons.

Except for a five-year-period from 1957 to 1962 when the couple moved to Japan, they lived in Toronto, where they raised two sons, were active in the anti-nuclear movement and advocated for immigrants.

Since then, Setsuko Thurlow has continued her anti-nuclear activism, travelling to countries around the world to share her testimony about what happened on Aug. 6, 1945.

Earlier this year in London, Thurlow was honoured with the Ahmadiyya Muslim Prize for the Advancement of Peace.