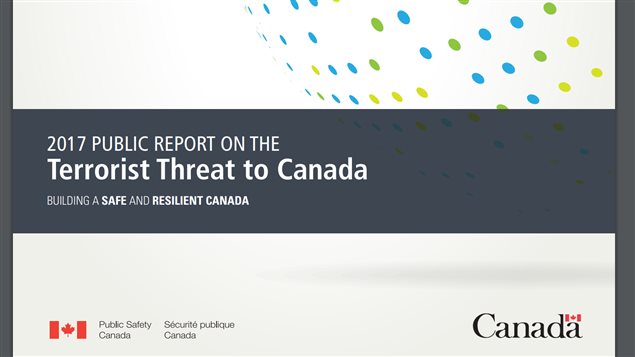 The federal department of Public Safety and Emergency Preparedness Canada has just released a report called “The 2017 Public Report on the Terrorist Threat to Canada”.

These two groups continue to pose the main threat to Canadians.

Such a “low-sophistication, high-impact” attack occurred recently in the western city of Edmonton Alberta where a knife and small truck was used in an attempt to kill a police officer and others leaving five injured but no deaths.

A vehicle attack in Quebec in 2014 left one soldier, W.O Patrice Vincent dead and another injured. The Daesh inspired killer was himself shot and killed by police shortly afterward. Another highly publicised attack saw a single Daesh inspired attack kill a soldier in Ottawa before being killed himself inside the Parliament buildings.

Similar but deadly vehicle-based attacks have occurred in several places throughout Europe.

Terrorists continue to attempt major disruptions via cyber threat, but so far the report says such attempts are generally thwarted and have resulted in no significant damage or threat. However it notes that the internet does allow these groups “ to communicate with ease, which has increased their reach, abilities to spread propaganda and radicalize others, and their capability to plan and conduct attacks”.

The report says there are approximately 190 people with connections to Canada currently abroad and suspected of involvement with terrorist activity.  This is mostly now in Syria and Iraq.

The report indicates, “Extremist travellers represent an enhanced threat given their training, experience and connections with terrorist entities”.

It says about 60 known “travellers” have returned to Canada but the numbers abroad and returned have remained stable.

The report says Canada is working closely with other governments to identify and contain threats and also is enhancing information sharing and cooperation among various agencies domestically.

One tool is the through the recently established  Canada Centre for Community Engagement and Prevention of Violence (Canada Centre). It seeks to turn people away from radicalization by engaging with communities;  supporting local-level programming through the Community Resilence Fund; and, advancing action-oriented research.

The current threat level in Canada is listed as “medium”.