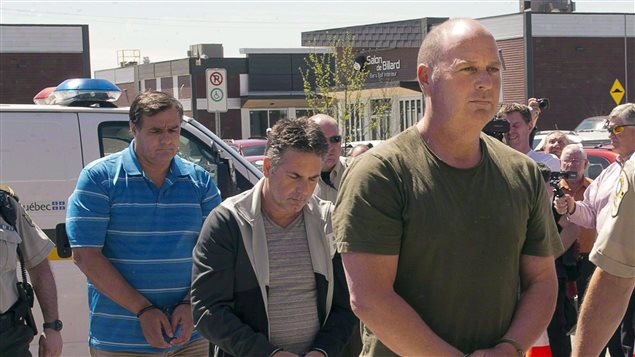 Three railway workers on trial for one of the deadliest and most destructive train disasters in Canadian history should not be made scapegoats for policy failures by the railway company they worked for and the federal government that failed to properly regulate the industry, says a group of supporters.

Fritz Edler, a veteran locomotive engineer and accident investigator from the United States and a representative of a volunteer support group for the two of the accused, said instead they want to have a full public inquiry to bring to light systemic safety issues still plaguing the North American railway system.

“Things like refusal to allow crews to use automatic brakes to secure the equipment, things like taking the most dangerous cargo and making the train longer and heavier so it couldn’t fit on existing protected site,” Edler said in a phone interview with Radio Canada International.

“Things like sending such a train with a single crew member, which can only move forward, can’t split the train, can’t move backwards and no provisions to do anything about the resulting risk that come from those things.”

Anybody who has followed the trial and the testimony of 34 witnesses should understand that the “wrong people are on trial,” Edler said.

“It’s absolutely key that there must be real accountability for what happened in Lac-Mégantic.”

Instead, what has happened is that there has been a concerted effort by the prosecutors, the rail industry and some people in the media to say that they have resolved the problem with the prosecution of the three railway workers involved in the fateful rail disaster, Edler said.

The three men were charged after a runaway train carrying volatile Bakken crude oil barrelled into the town of Lac-Mégantic on July 6, 2013, killing 47 people and destroying the town’s core.

All three have pleaded not guilty.

Harding had stopped the train on top of a slope in nearby Nantes on the night of July 5 before it began moving on its own in the wee hours of the morning and barrelled into Lac-Mégantic.

The Crown argued in its closing arguments Wednesday that Harding applied only half the required level of brakes and didn’t test them to ensure they were working properly before he left for the night.

Demaître’s defence lawyer Gaétan Bourassa downplayed his client’s role within Montreal, Maine and Atlantic Railway, casting doubt on what his actual responsibilities were the night of the train derailment.

He also attempted to undermine the credibility of some of the Crown’s witnesses, reminded the jury his client is entitled to the presumption of innocence and added the burden of proof was squarely with the prosecution.

Once Bourassa finishes, Labrie’s attorney will present his arguments before Harding’s does likewise, probably Friday.

Quebec Superior Court Justice Gaetan Dumas will give his instructions to the jury next week.

The now-bankrupt Montreal, Maine and Atlantic Railway, will stand trial at a later date.