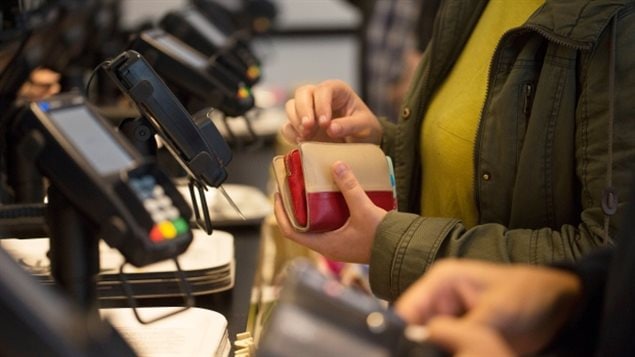 One in five Canadians has a credit card balance larger than their savings account.
Photo Credit: Simon Dawson/Bloomberg

More than half of Canadians are feeling blue about their finances, according to a national survey conducted for a charity and a financial planning standards body.

It revealed that 21 per cent of Canadians spent too much during the recent Christmas holidays. One in five has a credit card balance larger than their savings account. Six per cent have already broken their financial resolutions made for the New Year.

In December 2016, the credit reporting agency, Equifax reported the average Canadian owes $22,081 in consumer debt not including mortgage loans to pay for their homes. And last November, the OECD reported that household debt levels in Canada are higher than in any of the countries it studied.

‘It can wreak havoc on your life’

“Financial difficulties are extremely stressful for everybody,” says Laurie Campbell, CEO of Credit Canada, a charity that offers free financial counselling.  “It doesn’t matter…what your income is or what your debt level is, if you find yourself stressed out about your finances, it can wreak havoc on your life.”

The survey found that in particular, Canadians between the ages of 18 and 44 are concerned. In that age group, 68 per cent said they feel blue about their finances compared with 41 per cent who are older.

“Young people are especially worried; they don’t have the income to support a lot of the debt they might be carrying. And we see a lot of young people coming out of university or college with student loan debt and on top of that credit card debt they’ve accumulated over their school years,” says Campbell.

“Then they’re going into an entry-level job in not-the-plush job they thought they were going to get. They’re often living at home with their parents because they don’t have any savings or any ability to repay debt. So, they’re feeling particularly vulnerable about getting on their own feet and being able to stand up and being independent.”

To tackle the problem, Campbell says the whole family must be involved. There should be a plan, with goals and a monthly budget. People can get free financial advice from groups like her own Credit Canada.  It offers advice in English, Mandarin, Tagalog, French, Polish, Russian and Spanish.

She adds it is important to pay off the highest-interest debt first. Credit card companies are charging between 19 and 25 per cent interest. Once the cards are paid off Campbell suggests people refrain from using them.

It is also a good idea to cut expenses and there are free budget calculators available online to help figure out where to do that. Money can be made by selling goods that are no longer used or by taking on a part-time job.

Campbell’s final piece of advice is to monitor the progress regularly. It can be motivating to see even small successes.

“What gives the most peace of mind is to have a good solid financial plan in place, to be paying your debts and getting rid of them over time and to have the comfort of knowing you don’t have bill collectors calling you every day.”