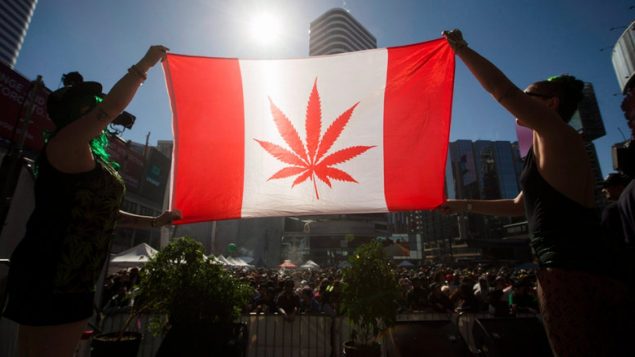 Legislation to make use of recreational cannabis legal for Canadians over the age of 18 will come into effect in July following a long, political fight, including this 2015 demonstration on Parliament Hill, but many members of Canada's black communities say they want the government to move faster on an amnesty for those convicted of simple possession. (Mark Blinch/Canadian Press)

The final date has not yet been finalized, but sometime this July recreational marijuana will become legal in Canada for people over 18 years old.

The decision by Prime Minister Justin Trudeau’s Liberal government has been hailed by many as a progressive breakthrough.

But so far at least, an important piece appears to be missing from the government’s plans–a piece that has a lot of members of Canada’s black communities concerned. 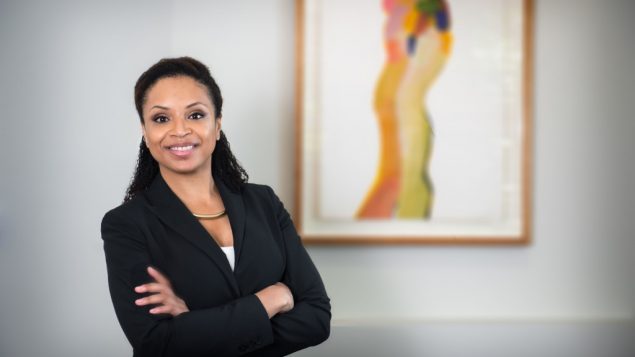 Annamaria Enenajor, a Toronto lawyer, is considering raising a legal challenge under The Canadian Charter of Rights and Freedoms to get the government moving on an amnesty program for past convictions of possession of cannabis.
(Courtesy: Ruby, Shiller & Enenajor, Barristers.)

They want the government to come up with an amnesty program to wipe the legal slate clean for those convicted of possession of cannabis, a disproportionate amount of whom are black.

So far, the government has dithered, saying there will be no amnesty until after the legislation comes into effect.

That’s not soon enough for many in black communities, well-aware of the all-too-pernicious effects of past stereotyping of too many young black men, who many studies show are no more likely to smoke pot than any other group.

Concerned lawyers at some prominent law firms law firms are considering class action suits to get the government moving.

Others are considering another route.

Annamaria Enenajor, a partner at the Toronto law firm Ruby Shiller & Enenajor, is contemplating a legal challenge under the Canadian Charter of Rights and Freedoms.

I spoke with her at her office on Friday.