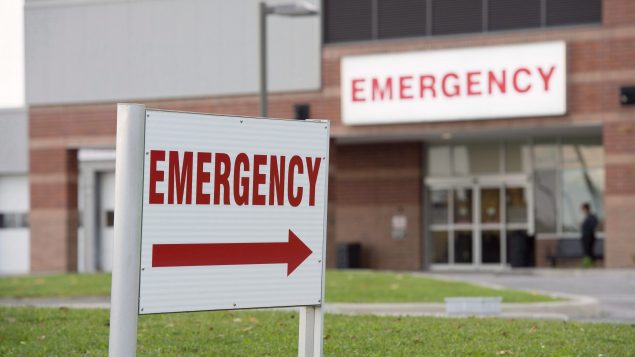 Northumberland Hills Hospital in Cobourg, Ont., is shown on Saturday, Oct. 28, 2017. A new study by Canadian researchers established that the mortality rate of stroke victims admitted to rural hospitals is 20 per cent higher than those admitted to urban hospitals. (Frank Gunn/THE CANADIAN PRESS)

Canadians living in rural areas are at a significantly higher risk of dying if they suffer a stroke and are treated in a local hospital as opposed to those who get treated in larger urban hospitals, according to a new study.

Mortality rates for stroke patients admitted to rural hospitals are about 20 per cent higher than those admitted to urban hospitals and the Canadian average, according to the study by a team of Université Laval researchers published in PLOS ONE online journal.

Stroke is the third leading cause of death in Canada and there are about 62,000 strokes in Canada each year. There are more than 400,000 Canadians living with long-term disability due to stroke and this number is expected to almost double in the next 20 years, according to the Heart and Stroke Foundation of Canada.

And with about one in five Canadians living in rural areas, this is a serious problem facing Canada’s healthcare system, said Dr. Richard Fleet, the lead researcher in the study and a professor at the Université Laval Faculty of Medicine.

(click to listen to the interview with Dr. Richard Fleet)

Fleet said his team compared the mortality rate of stroke victims admitted to 286 rural hospitals and 24 urban hospitals in Canada between 2007 and 2011.

The study, however, did not include Canada’s three sparsely populated northern territories or the province of Quebec, said Fleet who also holds the Université Laval-CISSS Chaudière-Appalaches Research Chair in Emergency Medicine.

Quebec hospitals were not included in the analyses because the province did not provide data to the Canadian Institute for Health Information for the study period, Fleet said. However, a previous study by his team showed that Quebec’s rural hospitals are well equipped compared to those in the rest of Canada: 74 per cent of Quebec’s rural hospitals have an intensive care unit and 78 cent have a CT scanner. 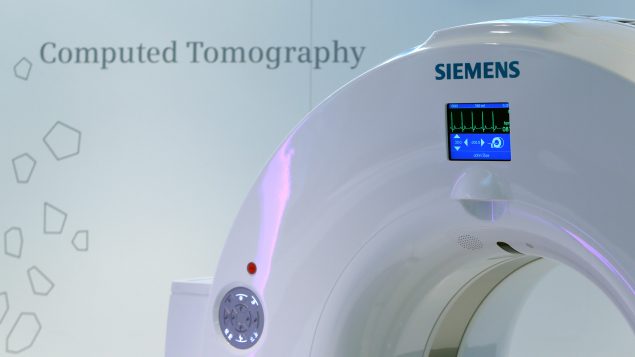 Siemens logo is pictured on a CT scan in the manufacturing plant of Siemens Healthineers in Forchheim near Nuremberg, Germany, October 7, 2016. (Michaela Rehle/REUTERS)

“We found huge differences in terms of rural and urban and interprovincial access to equipment such as CT scans, intensive care units and so on,” Fleet said in a phone interview from Levis, Quebec.

The study found that only 21 per cent of rural hospitals in the nine other provinces have an intensive care unit and barely 11 per cent have access to an in-hospital CT scanner, Fleet said.

“Now, we don’t think that the lack of CT scans is the cause of this differential number in mortality that we find,” Fleet said. “But the Heart and Stroke Foundation recommends that every patient that walks into the doors of an emergency department with symptoms suggestive of stroke should have a CT scan conducted and interpreted quite rapidly… within half an hour.” 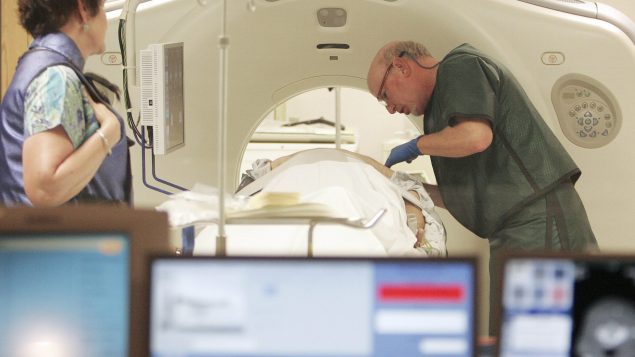 Treating a stroke is a race against time, said Fleet.

“They say time is brain,” Fleet said. “And as the time goes by, your brain function if you have that blood clot, reducing the blood flow to your brain, that could actually cause often permanent sequela.”

The clot-busting drug alteplase (tPA), which restores blood flow to the brain and can minimize the effects of stroke, needs to be administered within 4½ hours of patient’s first symptoms to be effective, according to guidelines by the Heart and Stroke Foundation.

However, these small rural emergency departments that are on average about 200 kilometres from a big referral centre are outside of those timeframes, Fleet said.

“You can’t, for example give clot-busting medication to these patients,” Fleet said. “It’s also difficult to intervene to see if the patient actually has a bleed in his head at that particular time, so it delays the decision-making.”

Many of these smaller rural hospitals also don’t have a fully staffed stroke team and few have neurologists working in their emergency departments, Fleet said.

One of the possible solutions to bridge the gap between these rural and urban hospitals is to use modern communications technology to harness resources in larger centres, Fleet said.

For example, if a small rural hospital were equipped with a CT scanner, it could send scans to larger hubs where specialized stroke teams would interpret them and help with devising a treatment plan for each patient, he said.